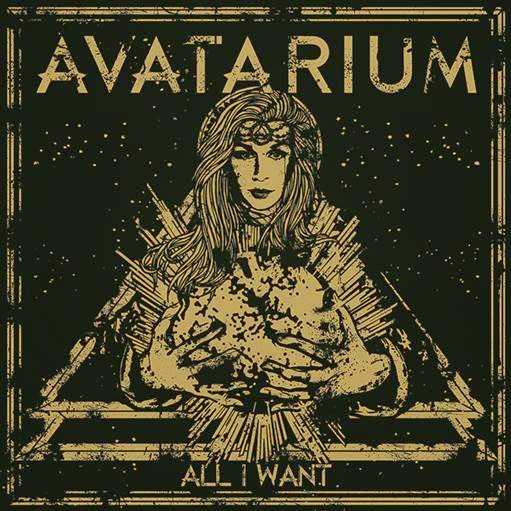 Hailing from Stockholm, gloomy metal outfit Avatarium was founded in late 2012. Following the success of their eponymous debut, out on November 01st, 2013 and the first ever single "Moonhorse", released September 20th of the same year, Avatarium have just announced the release of their new EP ‘All I Want’. The vinyl/digital only EP will be out November 14th, 2014 via Nuclear Blast.

Mid 2013, just eight months within the bands’ history, the word was spreading rapidly about their special blend of heavy adventurous music: Influenced by the likes of Jethro Tull, Blue Öyster Cult, Black Sabbath, Rainbow, adding the peaks of pop and 60’s vibes, Avatarium deliver some delicate moments of beauty and frailness rarely to be found in a band these days.

Avatarium have launched a lyric video for the title track from their upcoming EP "All I Want". I

The old spirit comes even more alive, with psychedelic percussionist Michael Blair, who has worked with Tom Waits and Lou Reed, among others, guesting on "All I Want".
Commented Marcus Jidell: "[Michael] showed up at the studio with a big 'bag of tricks' with metals, crashers, shakers and a lot of strange things which he made sound like if you throw in a punkrocker at Woodstock and feed him with psychedelic pills!" About the new songs, he adds: "We tried to keep things simple and spontaneous during the recordings, something I hope people will be able to hear. Also, I think that Jennie-Ann Smith has reached new levels with the way she sings on both of the new songs!"

The three live songs were recorded at the 2014 edition of renowned Roadburn festival in Tilburg, The Netherlands, which was the second ever Avatarium show and the first one outside of Sweden.

Due to his health condition, Edling was unable to perform with Avatarium at some of the band's most recent gigs. Filling in for him once again was Anders Iwers from Tiamat.

Percussionist Michael Blair guests on the EP and Jidell previously said his contribution helped them break new musical ground. He said: "Michael showed up at the studio with a big bag of tricks, with metals, crashers, shakers and a lot of strange things. He made sound like if you throw in a punk rocker at Woodstock and feed him with psychedelic pills!

Sorry No Spotify yet, will update up on release.