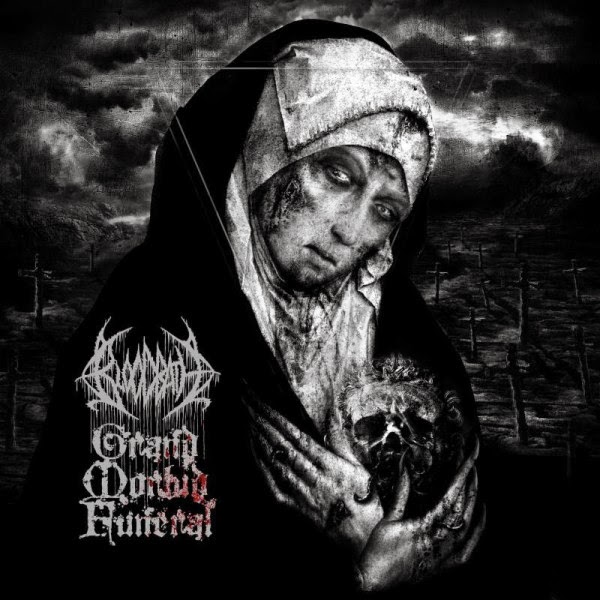 Sweden’s masters of horror, Bloodbath are set to release their fourth album of supreme death metal - Grand Morbid Funeral on 17th November 2014 with their new vocalist. Following the departure of Opeth’s Mikael Åkerfeldt and months of speculation and rumour Metal Hammer have revealed Paradise Lost’s Nick Holmes as the new vocalist of Bloodbath.

Bloodbath is a Swedish death metal supergroup from Stockholm, formed in 1998. The band has released three full-length albums, two EPs and two DVDs depicting their performances at Wacken Open Air (in 2005) and Bloodstock Open Air (in 2010). The group comprises Martin Axenrot (Opeth), Anders Nyström (Katatonia), Jonas Renkse (Katatonia), Nick Holmes (Paradise Lost), and Per Eriksson, who was previously the guitar technician for both Bloodbath and Katatonia.

The band named themselves after the song "Blood Bath" from the album To the Gory End by Cancer. A year after being formed, the band, then consisting of Mikael Åkerfeldt (Opeth) on vocals, Dan Swanö (Edge of Sanity, Nightingale, etc.) on drums, Anders "Blakkheim" Nyström (Katatonia, Diabolical Masquerade) on guitar, and Jonas Renkse (Katatonia, October Tide) on bass, released their EP Breeding Death, followed two years later by their debut album Resurrection Through Carnage.

Blakkheim (guitars): Little did I expect to be working with the voice behind the death metal classic "Lost Paradise", or the genre defining "Gothic" and yet here we are decades later, fulfilling another death metal dream. With his sinister and ominous vocal delivery, it's an absolute pleasure to make Old Nick the bell-ringer in Bloodbath's grand morbid funeral!”

Jonas Renske (bass): "Ever since I got into "Lost Paradise" back in '90, Nick Holmes has been one of my fave growling vocalists out there. He was always audible and articulate but still deep and definitely morbid. It is a great pleasure to work with him some 25 years later after I was introduced to his thunderous roar!" 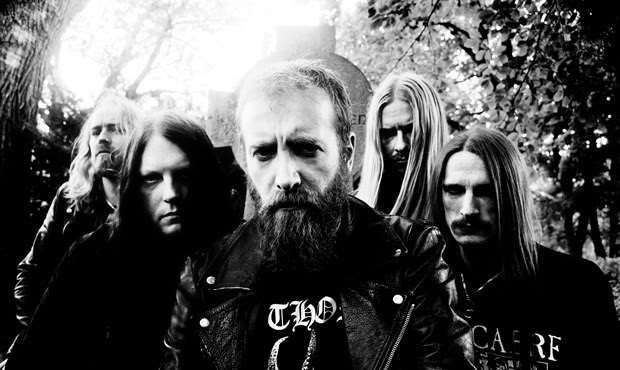 The album was recorded once again at Ghost Ward Studios and the City of Glass Studios in Stockholm, and mixed by David Castillo, this is Bloodbath’s fourth full-length studio release.
The new album also featuring a number of guest appearances including Chris Reifert and Eric Cutler from US gore-masters Autopsy, "Grand Morbid Funeral" is a new high-point of brutality for Bloodbath.

Bloodbath is set to appear on a string of festivals throughout 2015, including Inferno festival (Norway), Neurotic Deathfest (The Netherlands) and Maryland Deathfest (USA).