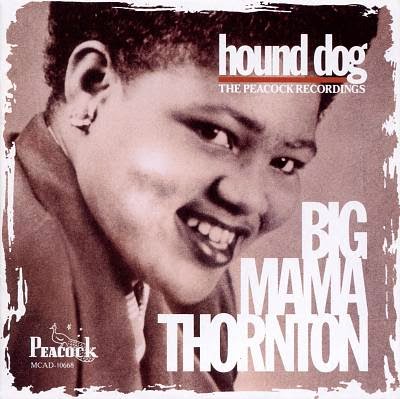 Todays tune "Hound Dog" is a twelve-bar blues song by Jerry Leiber and Mike Stoller. It was recorded by Willie Mae "Big Mama" Thornton on August 13, 1952 in Los Angeles and released by Peacock Records in February 1953. "Hound Dog" was Thornton's only hit record, spending 14 weeks in the R&B charts, including seven weeks at #1. Thornton's recording of "Hound Dog" is listed as one of the Rock and Roll Hall of Fame's "500 Songs That Shaped Rock and Roll", and was inducted into the Grammy Hall of Fame in February 2013.

"Hound Dog" has been recorded more than 250 times. The best-known version of "Hound Dog" is the July 1956 recording by Elvis Presley. Presley's version, which sold about 10 million copies globally, was his best-selling song and "an emblem of the rock 'n' roll revolution". It was simultaneously No. 1 on the US pop, country, and R&B charts in 1956, and it topped the pop chart for 11 weeks — a record that stood for 36 years.

"Hound Dog" has been at the center of many lawsuits, including disputes over authorship, royalties, and copyright infringement by the many answer songs released by such artists as Rufus Thomas and Roy Brown. From the 1970s onward, the song has been featured in numerous films, in Grease, Forrest Gump, Lilo & Stitch, A Few Good Men, Hounddog, Indiana Jones and the Kingdom of the Crystal Skull, and Nowhere Boy. 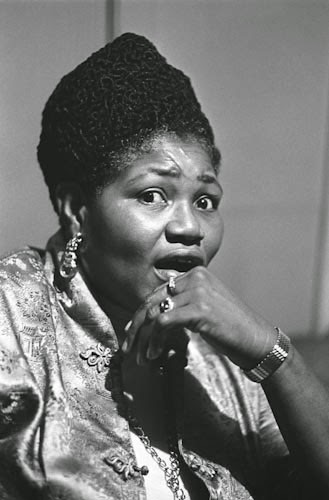 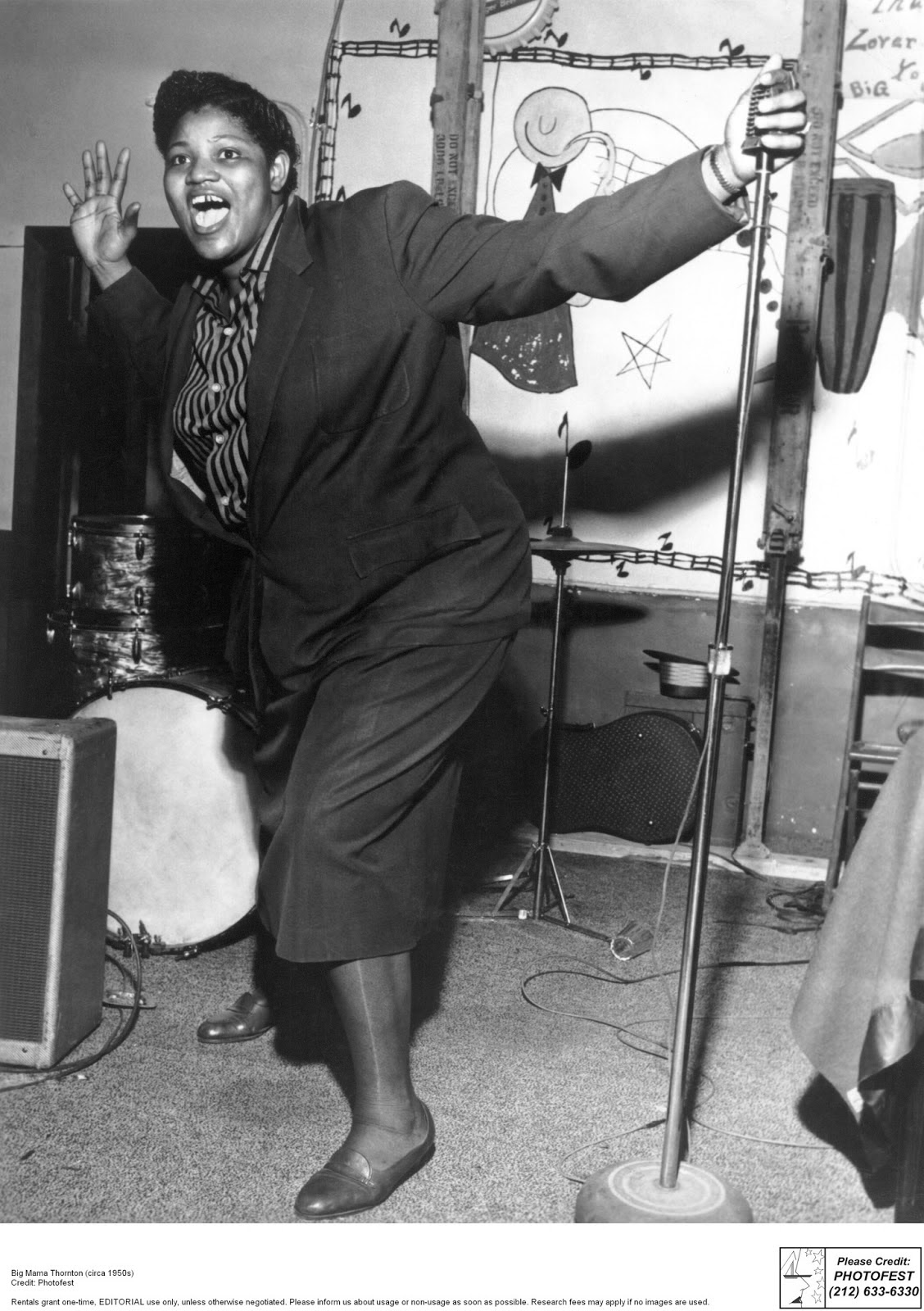 She was the first to record Leiber and Stoller's "Hound Dog" in 1952 which became her biggest hit. It spent seven weeks at number one on the Billboard R&B charts in 1953 and sold almost two million copies. However, her success was overshadowed three years later, when Elvis Presley recorded his more popular rendition of "Hound Dog". Similarly, Thornton's "Ball 'n' Chain" (written in 1961 but not released until 1968) had a bigger impact when performed and recorded by Janis Joplin in the late 1960s. 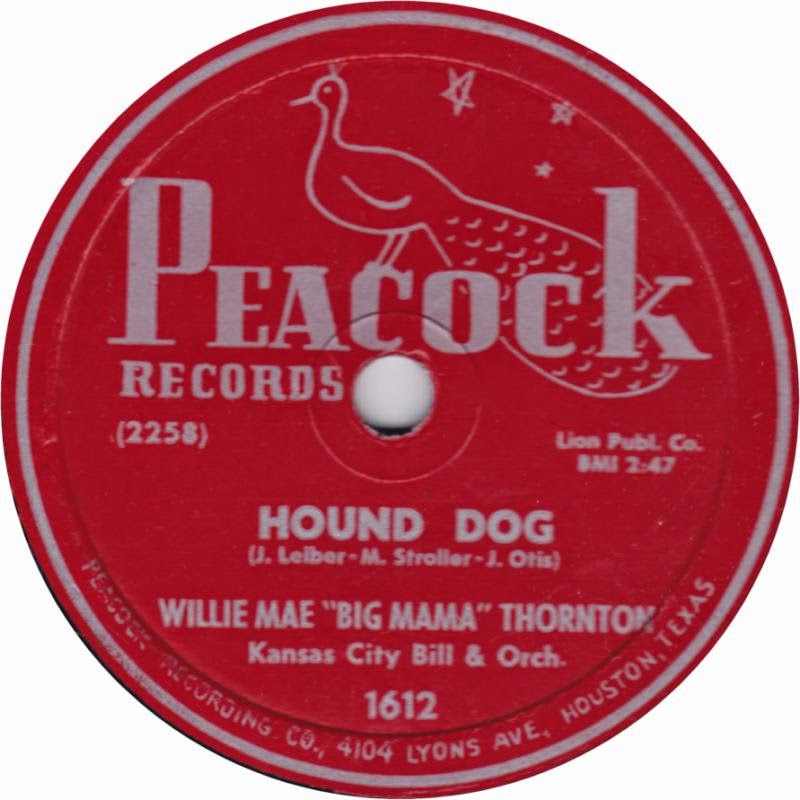 Thornton's performances were characterized by her deep, powerful voice and strong sense of self. Many collaborators described her with words such as monstrous, intimidating, formidable, and menacing. She was given her nickname, "Big Mama," by Frank Schiffman, manager of Harlem's Apollo Theater, due to her big voice, size, and personality. Thornton specialized in playing drums and harmonica as well as singing, and she taught herself how to play these instruments simply by watching other musicians perform. Her style was heavily influenced by the gospel music that she witnessed growing up in the home of a preacher, though her genre could be described as blues.

Thornton was famous for her transgressive gender expression. She often dressed as a man in her performances, wearing items such as work shirts and slacks. This led to many rumors about her sexuality, though none confirmed. Her improvisation was a notable part of her performance. She often enters call-and-response exchanges with her band, inserting confident and notably subversive remarks. Her play with gender and sexuality set the stage for later rock 'n' roll artists' own plays with sexuality.

Feminist scholars such as Maureen Mahon often praise Thornton for subverting traditional roles of African American women. She added a female voice to a field that was dominated by white males, and her strong personality transgressed patriarchal and white supremacist stereotypes of what an African American woman should be. This transgression was an integral part of her performance and stage persona.

Thornton died at age 57 in Los Angeles July 25, 1984 of heart and liver complications due to her long-standing alcohol abuse. Her weight dropped from 350 to 95 pounds within a short period of time; that is a total of 255 pounds that she lost because of her critical condition.

During her career, Thornton was nominated for the Blues Music Awards six times. In 1984, she was inducted into the Blues Hall of Fame. In addition to "Ball 'n' Chain" and "They Call Me Big Mama," Thornton wrote twenty other blues songs. Her "Ball 'n' Chain" is included in the Rock and Roll Hall of Fame list of the "500 Songs that Shaped Rock and Roll".


The first full-length biography of Thornton "Big Mama Thornton: The Life and Music" written by Michael Spörke has been published in 2014.