Gemma Hayes is a singer-songwriter born on August 11, 1977 in Ballyporeen, Tipperary, Ireland.

Gemma Hayes' third album The Hollow of Morning was released on May 2nd, 2008 in Ireland. Gemma has also recently signed a deal in the US. The Hollow of Morning will be released in the US by Second Motion Records based out of Chapel Hill, NC on Sept 30th. Second Motion works with such artists as: Daniel Lanois, Adam Franklin of Swervedriver, Brian Vander Ark and many others.

While on her 2008 Tour in the UK, Gemma announced that she plans to release an acoustic album by the end of 2008. Gemma has confirmed that she will start recording her fourth album in August, 2008

It often seems that the best music being made today completely defies category. The most exciting artists are mixing influences from dusty American field recordings to modern jazz, from delicate folk pop to the Griot traditions of Africa. Bethany & Rufus are just such an example, and yet they take it a step further by taking a step back. The duo, comprised of the honey-voiced Bethany Yarrow (daughter of famous folk singer Peter Yarrow) and the world-renowned cellist Rufus Cappadocia, refine their vast influences through the minimalist combination of voice and cello, while focusing their attention on traditional songs from America's gritty folk past such as "St. James Infirmary," "East Virginia" and "Linin' Track." The results on their debut album, 900 Miles, are stark, haunting and utterly gorgeous. It can draw comparisons as easily to Cassandra Wilson as the Cowboy Junkies, Nina Simone as Jolie Holland. With a national tour on the horizon and festival bookings already stacking up for 2007, it's only a matter of time until Bethany & Rufus are themselves influencing a new generation of artists.


"a splash of sunlight between the grey cracks of mediated culture"

Here is an The Velvet Underground Cover of Candys Says, live at Paleo Festival 2003

Here is a classic song from The Velvet Underground
Enjoy this tune.

Rokia Traoré (born January 24, 1974) is an award-winning Malian singer, songwriter and guitarist. Traoré was born in Mali as a member of the Bamana ethnic group. As her father was a diplomat, she travelled widely in her youth including to Algeria, Saudi Arabia, France and Belgium. As a result of this travel, she was exposed to a wide variety of influences. Her hometown is Kolokani, in the northwestern part of Mali's Koulikoro region.
Todays tune is picked from her newest album Tchamantche.
Enjoy!

Led Zeppelin - Since I've Been Loving You

Today is a bit special, its my birthday, so i celebrate my self with a tune from a band that is closest to my heart.
Enjoy this piece of history, here is Zep from 1973.

Want to Subscribe?
Sign in to YouTube now!
Sign in with your Google Account!
By any measure, Niyaz has come very far, very fast. ...
By any measure, Niyaz has come very far, very fast. The trio's 2005 debut featured a convincing blend of Sufi mysticism and trance electronica, and quickly established them as a standout ensemble in a very crowded world music field. A worldwide tour followed. Now, Niyaz returns with Nine Heavens, which doesn't just cross cultural and stylistic boundaries, but the centuries as well. Drawing on medieval Persian poetry and 300-year old Persian folk songs, Niyaz has created a 21st century global trance tradition.
This may seem like a tall order for a band that's barely three years old -- until you realize who these musicians are. Vocalist Azam Ali co-founded the best-selling world music duo Vas in 1996; her unmistakable voice has graced numerous recordings and major film scores. Loga Ramin Torkian is a multi-instrumentalist whose group Axiom of Choice brought the ancient sounds of Persian classical music to Western listeners in the 1990s. And producer Carmen Rizzo, a multiple Grammy nominee, has worked with Coldplay, Seal, Ryuichi Sakamoto, and many others. Small wonder then that the trio hit the ground running with its self-titled debut. Now, with Nine Heavens, Niyaz breaks new ground in a two-disc format: the first is an adventurous, spiritual exploration of the ties that bind Persian, Indian, Turkish, and Western dance music. The second disc showcases 8 out of the 9 songs in a purely acoustic setting.

Issa Bagayogo (b. 1961) is a Malian musician. He has released three full-length albums all under the record label Six Degrees Records. Issa lends his voice and plays the kamele n'goni (a six-stringed West African instrument similar to a banjo) while Yves Wernert is the producer and keyboardist. Bagayogo blends his native Malian traditions with western pop music.

Here is a great tune from E.S.T

The Distillers - Drain The Blood

The Distillers were a punk rock band formed in Los Angeles in 1998. They released their first two albums on Hellcat Records/Epitaph Records before moving to Sire, part of the Warner Music Group. The Distillers were originally formed by Australian-born Brody Armstrong (later Dalle), a woman with a distinctively harsh singing voice. Ex-wife of Rancid's Tim Armstrong, Brody changed her name to "Dalle" after their divorce in 2003. Although there were significant line-up changes it was Brody who played guitar, sang, and wrote or co-wrote nearly every song on the band's three albums. Tony Bradley also played guitar and Ryan Sinn played bass.
Members Brody and Tony have formed a new band called Spinnerette.

Swedish punk rock at it's best

And today its time for a classic tune, enjoy the November rain as we are soon there again.

Babyshambles are an English indie rock band established in London. The band was formed by Pete Doherty during a hiatus from his former band The Libertines, but Babyshambles has since become his main project. Babyshambles draws inspiration from the punk and ska genres, and has released two albums, one EP and a number of singles. The band has received a great deal of attention from the British tabloid press as a result of interest in Doherty's personal life.

Coldplay is in Sweden, doing 2 sold out nights @ the Globe, here isa tune from them, enjoy.

Todays tune is the lates single from the album Head Off with The Hellacopters.
Enjoy this video and tune!

Metallica - The Day That Never Comes from Death Magnetic

One more Video from this band.
A real cool song with a nice video.
Enjoy todays tune!

Here is agreat tune by Motörhead.

Killing Joke are an English post-punk rock band formed in 1979.
Founding members Jaz Coleman (vocals, keyboards) and Geordie Walker (guitars) have been the only constant members.

A key influence on industrial rock, their early music was described by critics Stephen Thomas Erlewine and John Dougan as "quasi-metal ... dancing to a tune of doom and gloom," which gradually evolved over the years, incorporating elements of dance music, world music, gothic rock, though always emphasizing Coleman's "savagely strident vocals."

Scars On Broadway - They Say

Scars on Broadway is an American-Armenian rock band, featuring System of a Down members Daron Malakian and John Dolmayan. For live performances the band is joined by Franky Perez, Danny Shamoun, and Dominic Cifarelli.

Scars On Broadway gave Stockholm a great show.
Here is the official music video of they say the last song of their album.. 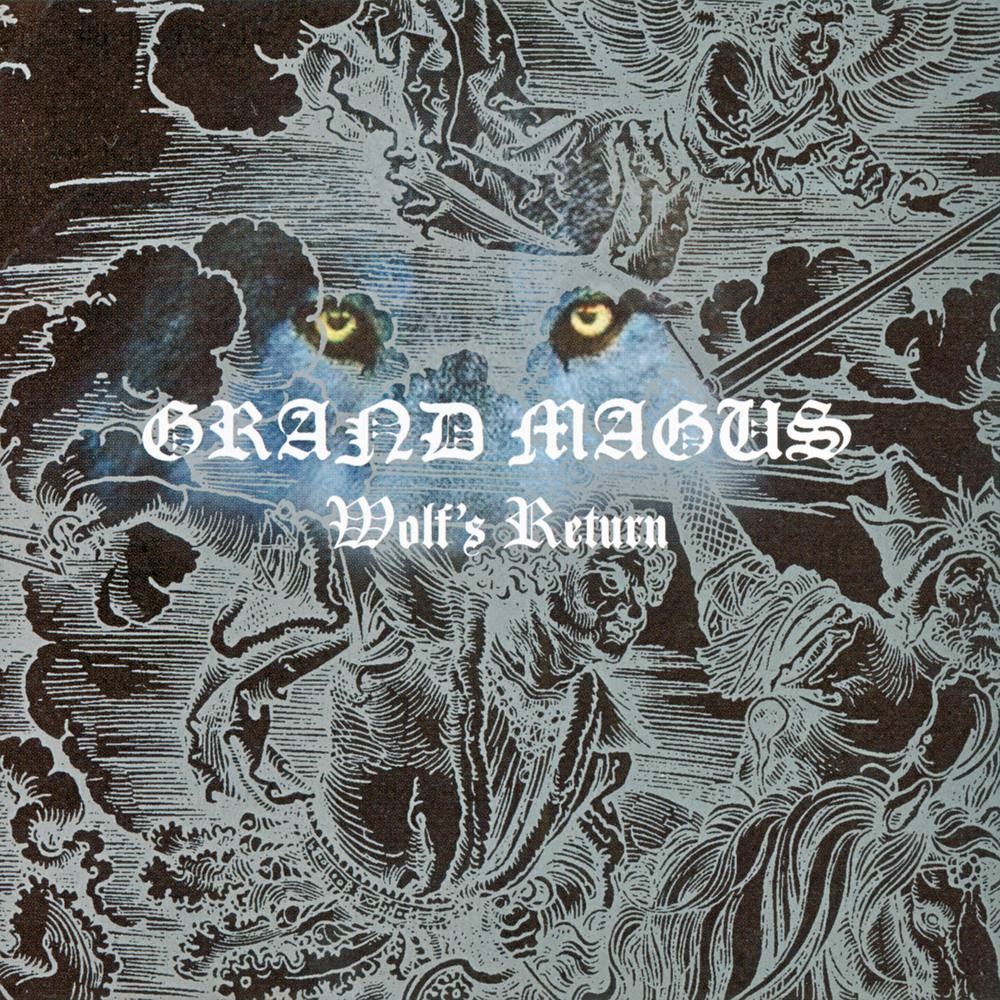 Swedish riff-lords GRAND MAGUS return at last with Iron Will, another full-on metal assault that journeys beyond the course of their last outing, 2005's Wolf's Return, to its inevitable, crushing destination. Drawing hefty influence from the hand-on-heart grandeur of the NWOBHM and the inspirational mythology of their forbears, GRAND MAGUS are steeped in pre-Christian tales of triumph, vengeance, betrayal, romance and death.

Grand Magus was one of the opening act for At The Gates the other day.
They did a great gig and performed some of thier best songs.

At The Gates - Terminal Spirit Disease

This weekend At The Gates made 2 sold out shows at Debaser/Stockholm, thier farwell tour.
And yes they kicked some butt @ Debaser.

Rolling Stones - Sympathy For The Devil

The Rolling Stones Rock & Roll Circus is a great DVD and a real Gem to that all stones fans should own. The venue for the show is so unique and the performances on the DVD are a time capsule preserved for all of us.

A very interesting version of the tune and another great performance.
This was the 2nd the last tune from the Rock & Roll Circus, Live 1968.

Bon Iver is the name of indie folk singer-songwriter Justin Vernon's current band and most notable music project to date. The band now consists of Mike Noyce and Sean Carey. The name, Bon Iver, is an Anglicization of the French, bon hiver (good winter). Vernon independently released Bon Iver's debut album, For Emma, Forever Ago in 2007, the majority of which was recorded while spending four months in a remote cabin in Wisconsin.

One Day As A Lion is a band consisting of Rage Against the Machine frontman Zack de la Rocha and former The Mars Volta drummer Jon Theodore. The group combines rock drumming, electro keyboards, and hip-hop vocals. De La Rocha will be playing keyboards as well as providing vocals with Theodore on the drums for their self-titled EP.

Here is the title track from the album, have a listen to it, to bad that i coulnt find any video to it, but the tune is there :)

Worked with this crazy dude yesterday at Debaser where he gave his fans a great show with loads of crazy stuff.

For today is found this classic tune.
Enjoy the Video for The Verve's fantastic track 'Bitersweet Symphony'.

Todays tune is the new single from Coldplay - 'Viva La Vida' and soonish they will hit Sweden for 2 concert at the Globe.
Enjoy!