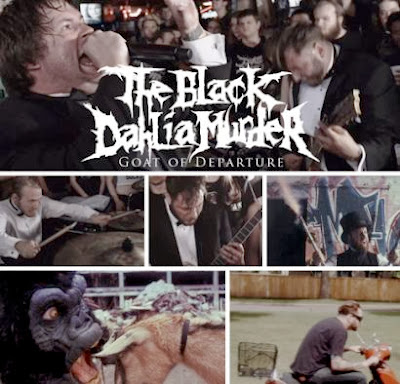 We continue on yesterday's post with live music that have been on stage here in Stockholm and the music genre will be hard! ......The Black Dahlia Murder is an American metal band from Waterford, Michigan, formed in 2000. Their name is derived from the 1947 unsolved murder of Elizabeth Short, often referred to as Black Dahlia. The band comprises vocalist Trevor Strnad, guitarists Brian Eschbach and Ryan Knight, and bassist Max Lavelle. 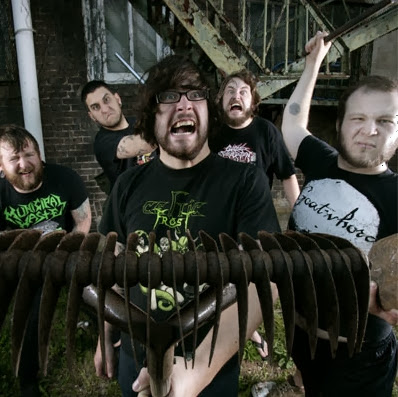 The band showed that they still retain their live energy and can deliver their songs in a great way, they are really tight live and invited the audience to dance.

Todays tune "Goat of Departure" is a single/video from their sixth album "Everblack" released on June 11, 2013.

Everblack is the first album to feature new drummer Alan Cassidy, who replaced Shannon Lucas, and new bassist Max Lavelle, who replaced Ryan "Bart" Williams. Vocalist Trevor Strnad has stated in an interview that the album’s name and content was an artistic rebuttal to the speculation that the band had “changed direction” as a result of participating in this year’s Warped Tour. The cover art was created by artist Nick Keller. Everblack was Recorded at Audiohammer Studios (lead guitars and vocals), Rustbelt Studios (drums), and Regal Fecal (guitar and bass).

The Black Dahlia Murder, Aborted, and Revocation will tour Europe together in September and October. Dates include:

The Death Angel, 3 Inches Of Blood, Battlecross, and Revocation tour we told you about on Monday has now been confirmed and will also include Diamond Plate. Dates are as follows: