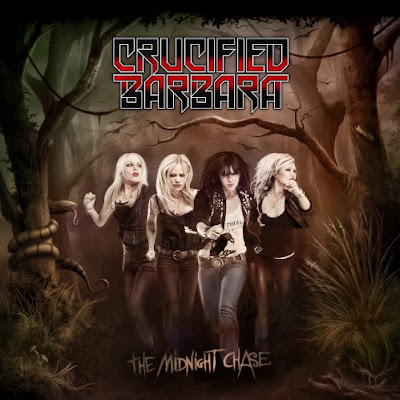 Crucified Barbara formed in Stockholm in 1998. Crucified Barbara started out in 1998 as a punk rock band, but soon they changed their primary style to hard rock . They signed in 2003 with GMR Music Group of Stockholm. Recordings took place in Kristianopel, Sweden at Pama Studios/Blakk Records with producer-engineer Mankan Sedenberg during the spring of 2004. Their advance debut single from their first album In Distortion We Trust, was "Losing the Game". It was released on 8 December 2005 and went straight to No. 8 on the Swedish music charts. The video to accompany it was recorded and produced by M Industries. The album was released in Sweden on 19 January and is available outside Sweden in several countries including the U.K, the U.S.A, France, Germany, and Benelux. In 2006, they contributed two songs, "Killed by Death" and "Please Don't Touch", to St. Valentines Day Massacre, a tribute album to Motörhead. 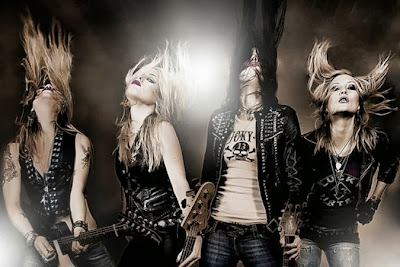 Crucified Barbara's second album, Til Death Do Us Party, was released in Scandinavia on 11 February 2009 and in the rest of Europe on February 27. It was produced in part by Mats Levén (known for producing albums by Yngwie Malmsteen, Krux, and Therion, among other bands within that genre. Mats also sang vocals on the song "Jennyfer".

Todays tune "The Crucifier" is taken from the third album "The Midnight Chase", released in Japan and Europe in 2012. The album was recorded in the Music-A-Matic Studio in Göteborg, Sweden. It was produced by Chips Kiesby and mixed by Henryk Lipp.

I've always found Crucified Barbara to be quite boring, and I still do. The songs just aren't good enough. I think Sister Sin is a lot better if you compare female fronted hard rock bands.