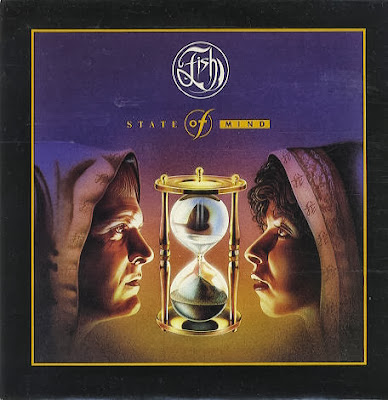 About a week ago this gentleman was standing on the stage at Debaser here in Stockholm. He really hand out himself during the evening, a lot of stories told about his childhood, the war, etc. A very entertaining evening indeed. 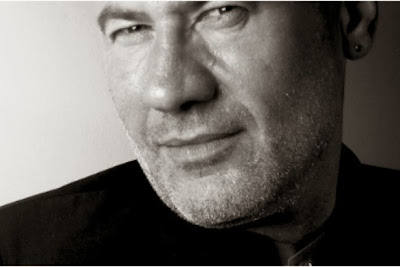 Derek William Dick was born in Edinburgh, Scotland and grew up in Dalkeith. The son of Robert and Isabella, Fish was educated at King's Park primary school and then Dalkeith High School. He was inspired by the music of many of the rock artists of the late 1960s and early 1970s, including Genesis, Pink Floyd, The Moody Blues, Van der Graaf Generator, The Kinks, T. Rex, David Bowie, Argent and The Alex Harvey Band. The first band he saw live was Yes at Usher Hall, Edinburgh, in 1974. As well as his love for music, he was also a voracious reader, and his literary inspirations included Jack Kerouac, Truman Capote, Robert Burns and Dylan Thomas.

After working as a petrol pump attendant, gardener and forestry worker, Fish came to the public's attention in 1981 with the British rock group Marillion. The band achieved chart success in the UK, attaining top-ten hits in 1985 with "Kayleigh" and "Lavender", and again in 1987 with "Incommunicado". In 1988, Fish left Marillion in order to pursue his solo career. Many of Fish's later works contain lengthy spoken word lyrics, shorter examples of which can be heard on earlier Marillion albums. Vocally, Fish has sometimes been compared to Peter Gabriel, lead singer of Genesis in the 1970s. Music journalist David Hepworth described his voice as a “conflation of Roger Daltrey and Peter Gabriel”. Peter Hammill of Van der Graaf Generator was also a major influence on his songwriting and vocal delivery, which is especially notable on the first two Marillion albums.

According to Fish himself, his nickname originates from the amount of time he spent in the bathtub. Fish married his first wife Tamara Nowy who appeared on the "Kayleigh" promo video on 25 July 1987 (divorced 2003) and had one daughter, Tara Rowena (Taz) born 1 January 1991, who is currently a model for 'Colours Agency' and 2012 was Scottish model of the year nominee.

Todays tune "State of Mind" was the first solo single by Fish, released about a year after his departure from Marillion and preceding the release of his first solo album Vigil in a Wilderness of Mirrors. It is also the first-ever record Fish did outside Marillion except for his 1986 collaboration with Tony Banks on the single "Shortcut to Somewhere" from the Banks album Soundtracks.  The tune has some years on it's neck so it's suits perfect as a Sunday Classic. 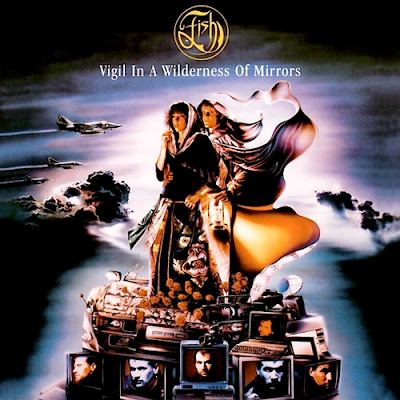 The cover was designed by Mark Wilkinson, who had created all of Marillion's artwork until Fish's departure, and has continued to work with Fish since then. The cover shows close-ups of the faces of the couple that also features on the cover of Vigil in a Wilderness of Mirrors with an hourglass between them. The back-cover features an illustration of an atomic explosion inside the hourglass. The single was also the first to feature the circular "Fish" logo designed by Wilkinson, which has been used on all solo releases since then (except for the 1997 album Sunsets on Empire and the singles from it.)

Listen to ”Fish - State of Mind " on Spotify here!