Motörhead - (We Are) The Road Crew 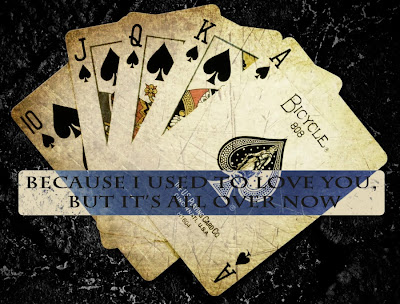 Hi Everyone! Spader Ess here.
As Stones and Thetania are of to the front lines of live music, paving the way for the people on stage and making sure that the machinery we all love as Rock N Roll runs smoothly, I thought it would be a good time for a hostile takeover. No, just kidding, for a few days I will try to do my best to see to that they get the working atmosphere they need to provide us with the live experiences we love. And as it is my daughters favorite artist that is been taken care of, I will try to do my best to help out here.

I will try to take on this great honor, by providing you with a series of articles about bands that used to mean a lot to me, but maybe not that much anymore. There will be varieties of course, both in length and content. Some stories might be more definite than others, and some might have a happier ending than others. Just bare with me and we’ll see where it goes.

For anyone that has read my own blog, the first band might come as a surprise. Motörhead.
As they are considered as somewhat of household gods by me, they might seem a little misplaced when it comes to a series with a theme like the famous line from Rolling Stones (no pun intended) “Because I used to love you, but it’s all over now” (I know it should be her instead of you but that doesn't fit the theme).

So, Motörhead it is,
As many people in my age, that gravitated towards Hard Rock and Heavy Metal in the early eighties, Motörhead was a big part of that journey. For me it was instant love from the first chord when I first heard "Ace Of Spades". And what a crew that delivered the goods, a trio of sheer destructive madness that steamrolled their way into a young rockers heart. Fronted by what should become the godfather of rock n roll, Lemmy. Who could not love that!
The record had already been released, as I think that the first time I heard it was just a short while before "Iron Fist" was released. Which meant that the “Ace” album was going quite warm on the turntable, not a single bad track on that one if you ask me. And suddenly you were smashed with an iron fist in the mouth, positively speaking. Maybe not as strong as the previous album, but good enough.
And imagine the happiness when realizing that this is album number five, which means that there are three more earlier albums to discover. And a live album! Cheer bliss! 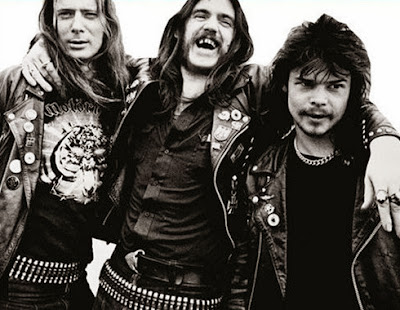 "Motörhead", "Overkill", "Bomber" and "No Sleep til’ Hammersmith" was on heavy rotation after that.
The replacement of “Fast” Eddie Clark with Brian “Robbo” Robertson from Thin Lizzy came as quite a shock, and at first I was a bit doubtful, both about how he would fit in with Lemmy and “Filthy” Phil Taylor, and the fact that I wanted him to stay put with my other heroes in Thin Lizzy. The result though, "Another Perfect Day", was on the other hand a quite good record, with a few songs that is more or less Motörhead standards nowadays.

After that, my first dip with the band started. "Orgasmatron" came, and now the band was a four piece, What! Disturbing news for a young rocker that likes his rock steady as a rock.
Don’t shake my foundation please! Rock It! (can anyone spell Overkill with the rock word?) :-)
The record was quite decent anyhow, but somehow, it didn’t stick with me. The next album "Rock N Roll", more or less passed without me noticing it at all.
A Long break between albums and then came "1916", which I actually liked. But then I entered the big hiatus. Don’t know why really, but it was probably due to the fact that I was somehow burned out when it came to Motörhead and the fact that Grunge entered my life with big steps.
The intermission was luckily not forever, and the older material never got out of style, but it remained until 2004, when they released the "Inferno" album that struck new life into the old love story. And I’m quite glad to say, that from that on it has remained, much due to what I consider a new spark of life in the band, which has from "Inferno" and on, brought us some of the bands best albums since the classic first five. 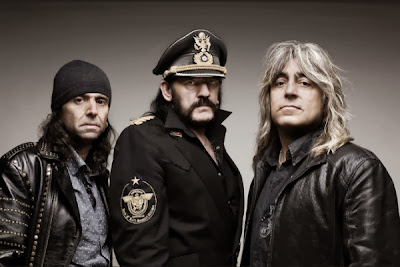 The records that was released in the hiatus never entered my radar, and the only thing I registered during this time was the fact that the band got a Swedish drummer in Mikkey Dee. But since then I have revisited them and much to my joy I can now see that there was some decent songs churned out on those records too. Which leads me to the conclusion that, after listening to the new album, "Aftershock", I can assure you, the love affair with Motörhead is right back on track.

And with this, I’ll leave you for this time, with a song from the most classic Motörhead album there is, and of course it’s also a tribute to Stones and Thetania.
Motörhead - “(We Are) The Road Crew”

Listen to ”Motörhead - (We Are) The Road Crew (Live)" on Spotify here!

Email ThisBlogThis!Share to TwitterShare to FacebookShare to Pinterest
Etiketter: Because I Used To Love You, But It’s All Over Now, Motörhead, Spader Ess