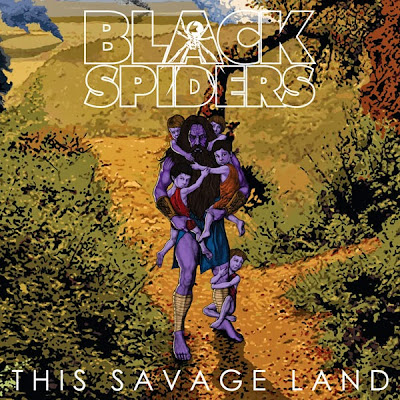 Black Spiders, originally put together to celebrate the passing of a dear friend and to tear up some classic rock n’ roll tunes in his honour, led by Pete ‘Spider’ Spiby with side-kick Ozzy ‘Ozzy’ Lister they set about writing tall tales and wrestling monstrous riffs. Thusly, and with great determination they began demoing tracks for a Long Player with past cohort Mark ‘Dark Shark’ Thomas. Killer shows followed with likeminded friends and heroes such as; SuperSuckers, and Dwarves…....audiences were duly slain!

With the line up accommodating a face ripping triple-axe-attack, fully complemented by a rhythmic demolition squad expertly handled by ‘Tiger Si’ Atkinson on drums and Adam ‘Fox’ Irwin on bass, they set forth and tore up mainland Europe with the mighty Airbourne. Next came UK with The Datsuns, Winnebago Deal, Parlor Mob, Stone Gods and Danko Jones - these men are ready to take on a world that is eager for some rock and/or roll and have been called to appear at this year’s Download festival at the gladiatorial Donnington Park. 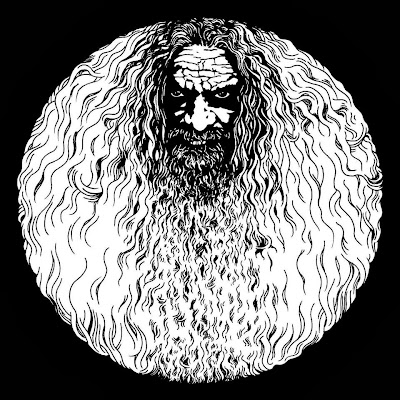 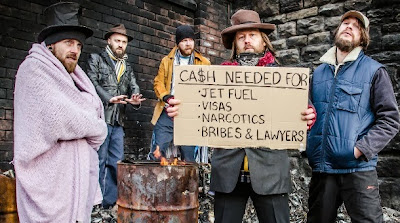 They recently said of the record: “It’s a pulse-pounding, action-packed journey with a complex plot. Listen as five unsung masters of the sword go in search of ancient tombs, gleaming treasure and thrilling landscapes – matching wits and daring with deadly sorcerers, scheming priests and evil cults.”

Black Spiders play a string of dates in the UK and Ireland, Sweden as part of a European tour starting now, see dates below.