Within Temptation - Paradise (What About Us?) ft. Tarja 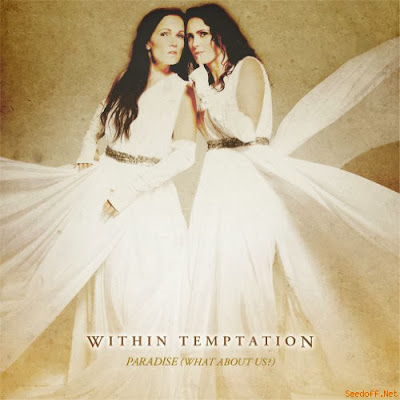 Within Temptation joined forces with Tarja for the first single of the band's new studio album to be released in January 2014.

On August 30th, the band announced that the lead single Paradise (What About Us?) would be released as an EP, which is also set to feature 3 tracks from the upcoming album in their demo form, being them "Let Us Burn", "Silver Moonlight" and "Dog Days". Upon making this announcement, den Adel said: "By releasing these demos we want to invite you in our home studio and show how we capture song ideas at an early stage of creating a new album. These demo versions are far from their final sound on the album, but will give you a hint of what we’re working on. It will be fascinating to hear how the end result will sound like, once the album is released.". After announcing that the lead single would contain a guest musician, on September 13th the band officially announced that Tarja Turunen was set to appear as a special vocalist on the title song. The EP was released on September 27th.

Within Temptation will be on tour in 2014: 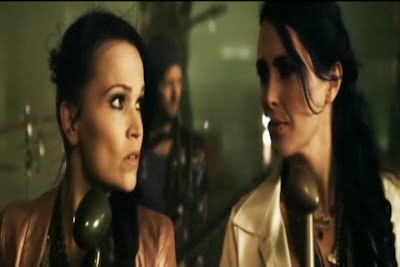 The cooperation is the lead single and todays tune "Paradise (What About Us?)"

Listen to ”Within Temptation feat Tarja - Paradise (What About Us?) " on Spotify here!

Email ThisBlogThis!Share to TwitterShare to FacebookShare to Pinterest
Etiketter: making of, Melodic, Metal Womans, Paradise (What About Us?), Symphonic Metal, Tarja, Within Temptation