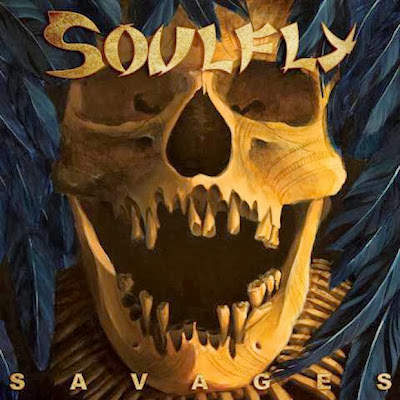 Soulfly is a metal band formed in 1997 based in Phoenix, Arizona. The original lyrical content revolved around spirituality and religious themes, with later albums encompassing other themes including war, violence, aggression, hatred and anger. Soulfly is led by former Sepultura frontman Max Cavalera, who formed the band after he left the Brazilian group in 1996. The band has released nine studio albums, one tour EP, several singles, and one DVD video. Soulfly incorporate many styles of metal with Brazilian tribal and world music. The band has gone through numerous line-up changes, with Cavalera being the only constant member. 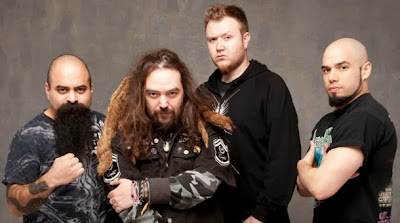 Todays tune "Master Of Savagery" is the 2:nd single taken from the ninth studio album "Savages", released on October 4, 2013. The album is the first to feature drummer Zyon Cavalera, frontman Max's son, in a full time capacity after the departure of David Kinkade in 2012. The first single from the album, Bloodshed featuring Max's other son (and Zyon's brother) Igor, debuted on the BBC Radio 1 Rock Show on August 6, 2013.

The album was produced by Terry Date, who had previously performed mixing work for Soulfly on 3, Prophecy and Dark Ages. The album features a number of guest vocalists including Igor Cavalera of Lody Kong, Jamie Hanks of I Declare War, Neil Fallon of Clutch and Mitch Harris of Napalm Death.

Listen to ”Soulfly - Master Of Savagery " on Spotify here!