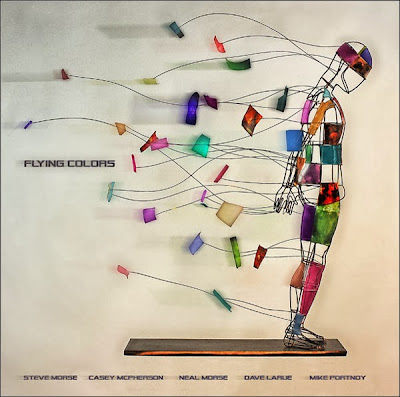 It started with a simple idea: virtuoso musicians and a pop singer joining to make new-fashioned music the old fashioned way. A band followed, evolving into Flying Colors: Mike, Dave, Neal, Casey and Steve. Together, they create a unique fusion of vintage craftsmanship, contemporary music and blistering live performances.

In 2008, executive producer Bill Evans began putting the idea into action. It needed exactly the right musicians. In addition to be being extraordinary players and writers, they would need to be a natural creative fit, complementing each others’ abilities. There would be proven chemistry from past collaborations, but the new band would be different from anything they’d done. The world didn’t need another supergroup. 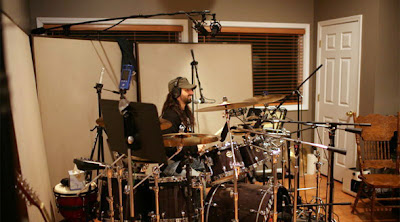 As with the classic albums, there also would be a strong production team who, creatively, would be an extension of the band: a visionary producer, imaginative engineer and compelling visual artist. Though they were seasoned artists with impressive backgrounds and catalogs, this would be new territory for most of them. And without a budget or a label, they came together with nothing more than a shared vision to create something special and unique.

Evans drew up a short list of four musicians and a producer: Mike Portnoy, Dave LaRue, Steve Morse, Neal Morse and (producer) Peter Collins. Each artist was renowned in his domain. Drawing from rock, metal, prog, jazz-fusion, they had the potential to fuse their diverse styles into a unique, cohesive sound.

Peter Collins had helmed the intersection of virtuoso and pop music better than anyone. Collins presided over Rush’s evolution from long-form prog band to short-song rock band, producing four studio albums with them and helping drive 30 million in sales —without sacrificing their artistic integrity. His resume of more than 100 albums also included straight-forward popular acts as Bon Jovi, Jewel and Elton John.

Intrigued by the idea, and the prospect of working together, the five signed on to form a band and record a first album.

Attention then turned to finding a pop singer who could channel their combined musicality into an accessible mainstream form. Evans and Collins reviewed over 100 top contemporary singers, but no one felt exactly right. As desperation began to set in, Mike Portnoy casually mentioned, “I know a guy.” That guy turned out to be a new signing to the Hollywood/Disney label: singer/songwriter Casey McPherson. 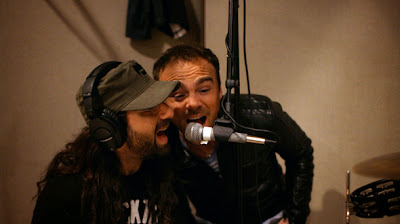 What began as an unlikely premise had become a reality more rewarding than anyone had imagined. Refreshing, classic, old and new—Flying Colors is saturated with the many styles, tones and hues of its artists.

The group’s September 20th concert in Tilburg, Holland, was captured for what was to become Flying Colors: Live in Europe. The epic live album was released October 14, 2013 by Mascot Label Group on Blu-ray, DVD, CD, Mastered for iTunes, MP3, and as a limited edition 3-vinyl disc set. 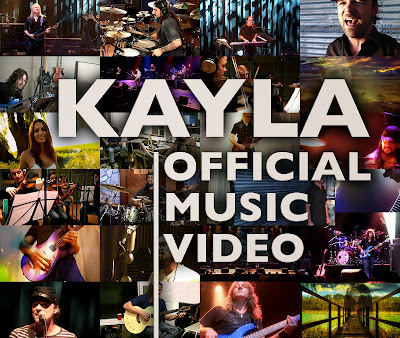 The band is celebrating the release of Live in Europe (release 16/10-2013) with a new music video of the song that started it all! Filmed in three countries across two continents, todays tune “Kayla” captures the heart and soul of Flying Colors. The tune is taken from the self titled debut studio album, released on 26 March 2012.

Flying Colors returned to the studio on May 12, 2013 to begin writing and recording their second studio album. They are continuing work throughout the year and beyond for an expected 2014 release.