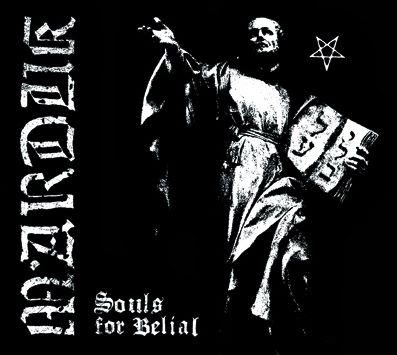 A few weeks ago did Marduk with Valkyria and Ofermod play a show at Klubben here in Stockholm. Were the two first bands did their thing with no fuzz, Valkyria was really cool so see live and did a very good show. But when it was time for Marduk to enter the stage it was time for some troubles, first problems started after the first tune where they got sound problems, then it was problems with the microphones on the drums etc etc, you get the drift, so it got a huge challenge for the band to keep up the feeling and deliver a good show with all the fuzz that distracted them during the songs, but as they are like a well oiled machine they did delivered a pretty decent show anyway. 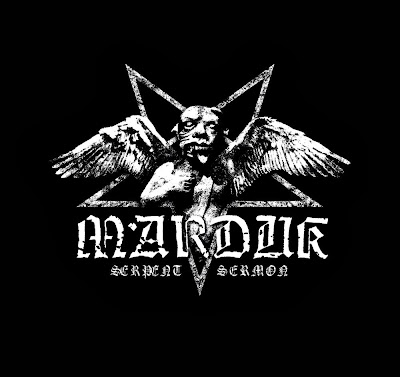 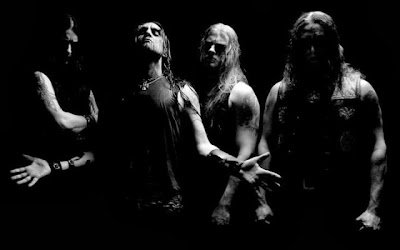 Marduk is a black metal band from Norrköping, Sweden. The band formed in 1990 and released their first record in 1991. Their name is derived from the Babylonian god Marduk, patron deity of Babylon.

Todays tune "Souls For Belial" is taken from the latest and the 12th studio album "Serpent Sermon", released 2012.

Some side facts:
Mortuus (Daniel Rostén) the vocalist, guitarist, and bassist, known as the frontman for Funeral Mist and singer/guitarist of Triumphator under the stage name Arioch, and for having been the vocalist for renowned Swedish black metal band Marduk since 2004 under the stage name . He also runs a graphic design company called Holy Poison Design.

Listen to ”Marduk - Souls For Belial" on Spotify here!