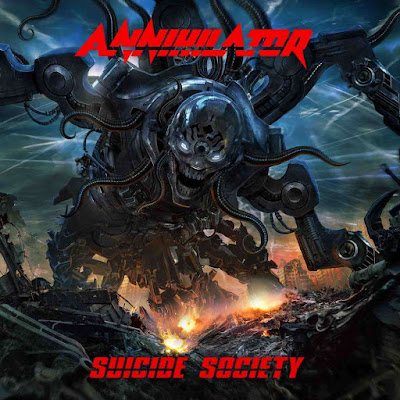 The Canadian metal veterans ANNIHILATOR have released a new video "Snap" from the band's fifteenth studio album "Suicide Society", which was released on September 18. This is the first album to feature guitarist and bandleader Jeff Waters performing lead vocals on all tracks since 1997's Remains, due to the departure of vocalist and rhythm guitarist Dave Padden in December 2014. It also marks the return of bassist Cam Dixon, who was in the band from 1994 to 1995, as well as the addition of new guitarist Aaron Homma, who are credited with providing backing vocals in the liner notes. On this album, Jeff Waters handled all instrumental work in the studio apart from the drums, played by returning drummer Mike Harshaw. 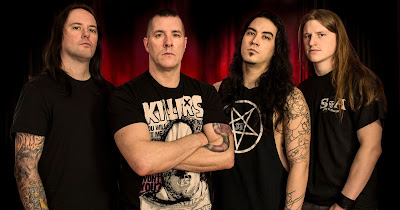 Today's tune "Snap" is the 3:rd music release from "Suicide Society", released October 1, 2015. With the multi-layered power of the anthem "Snap", Waters illustrates the diversity of ANNIHILATOR's sound, without sacrificing one decibel of attack. 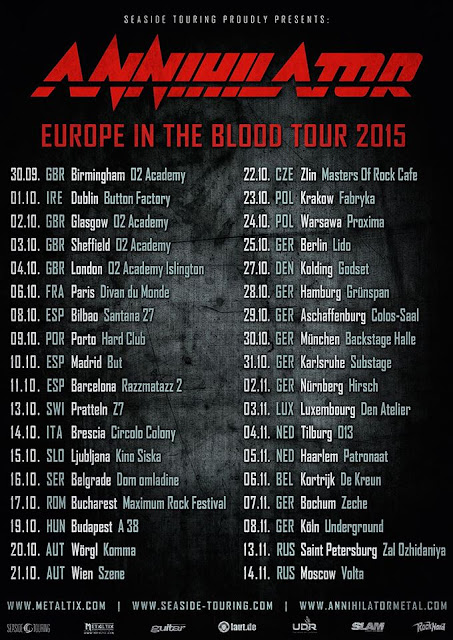