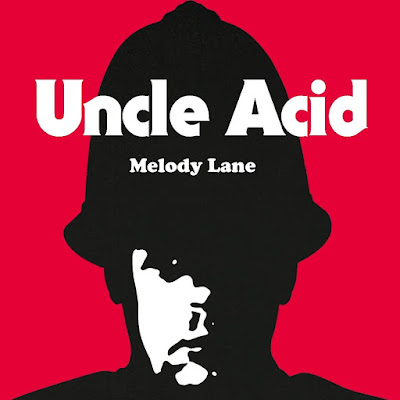 UNCLE ACID & THE DEADBEATS (or simply UNCLE ACID) are an English rock band, formed in Cambridge by Kevin Starrs. The band have released four albums and a number of singles. They have appeared at a number of festivals around Europe and several times here at Tune Of The Day. 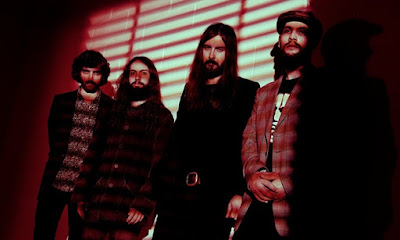 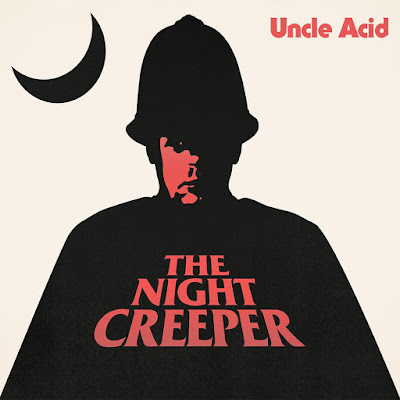 UNCLE ACID are atm out on thier "The Night Creeper Tour" with support from RUBY THE HATCHET and ECSTATIC VISION. From there they will travel to Europe and the UK to complete a full tour over October/November with support from Spiders(SE) and on Saturday they will stand on the stage at Debaser Medis, see the dates below.

Todays tune "Melody Lane" is a warm up for the Saturday concert, the tune is taken from the new album - The Night Creeper. Released worldwide on Rise Above Records, Friday September 4th! 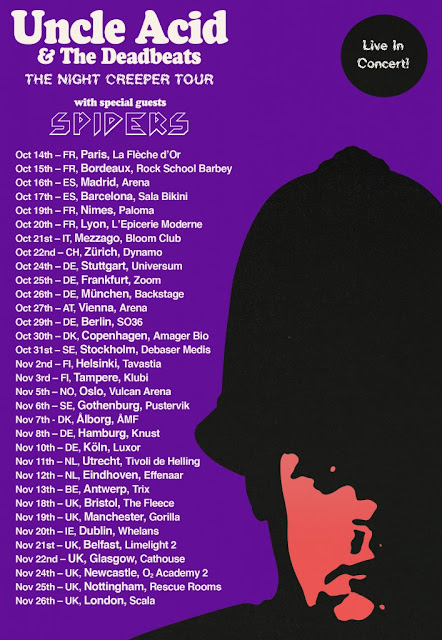