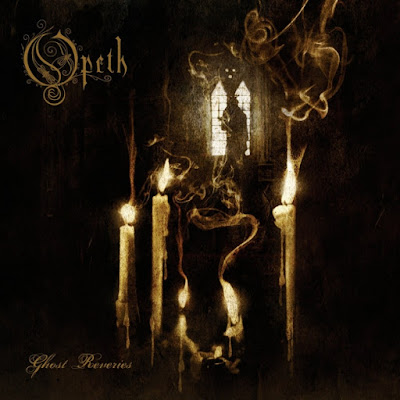 Just over a week ago I was at the Concert Hall here in Stockholm and looked at the 25th Anniversary concert, "An Evening with OPETH"

The band really gave a great evening, music divided into two sets, the first part was "Ghost Reveries" is its entirety, amazing and the second with a lot of goodies during their career. "Ghost Reveries" is an album that I listened a lot back in the days and it's a record that get's played every now and then but got a real reunion of the concert and have been really close among a few others lately. So this "Record Of The Week" is simply "Ghost Reveries".

Here is a of my pictures from the show :) "Ghost Reveries" is the eighth full-length album by Swedish heavy metal band OPETH. It was released on August 29, 2005. The album is the first album by OPETH to include keyboardist Per Wiberg as a "permanent" member (although Wiberg contributed keyboard work to OPETHs live performances starting around the time of Lamentations (Live at Shepherd's Bush Empire 2003)), and it is the last OPETH album to include drummer Martin Lopez and long-time guitarist Peter Lindgren. 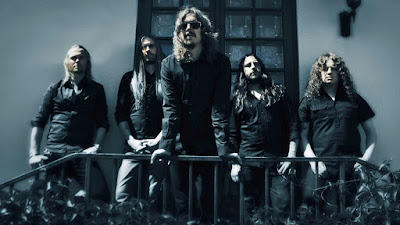 "Ghost Reveries" is so full of life and creativity, something that has always been one of the most strongest things about the band. The album have a magical artful balance between the brutal and melodic sound. Already on the first track "Ghost of Perdition" set's rib for how the album is. It contains excellent melodies and acoustic parts. The keyboards adds a great environment for the hard and heavy force. Mikael's voice is just stunning, where his great clean singing weighing up to his heavy and hard growl. The album is full of unique melodies and flowing riffs that are masterfully mixed to make this a top record! "Ghost Reveries" is one of OPETHs finest to date.

Opeth is a Swedish heavy metal band that formed in 1990 in Stockholm. The band, which has been through several line-up changes, currently comprises Mikael Åkerfeldt (vocals/guitar), Fredrik Åkesson (guitar), Martin Mendez (bass), Martin "Axe" Axenrot (drums), and Per Wiberg (keyboards). Since the band's inception, there have been 15 official members, with Åkerfeldt being the one continual member.

Opeth's dominant style of music is Scandinavian death metal, however, the band combines their genre with progressive metal, progressive rock, folk, jazz, and blues, and on average, their songs last around 10 minutes. A notable exception in their catalogue is the 2003 release of Damnation, a predominantly progressive rock record containing no death metal styled vocals, distorted guitars, double bass drumming, or songs over eight minutes in length.

The artwork was created after the completion of the album. Åkerfeldt commented on the artwork, saying:

"I'd been looking for one of the old medieval looking woodcuts, me and Peter went to the Royal library here in Stockholm looking for a evil (yep!) picture, but that was like searching for a needle in a haystack. Couldn't find one. In the meantime I'd received some pics from good ol' Travis Smith. And as per usual with Mr. Smith, he's a genius...the candle pictures just blew me away...that's the cover, fuck the woodcuts! I love it! It's probably the most gothic looking cover we've had, right?"


Today's tune "The Grand Conjuration" was the album's only single. A music video of the song was released, although about half of the song was edited from the video, due to the length of the song. Lopez does not appear in the video, as he was sick and was temporarily replaced by Gene Hoglan 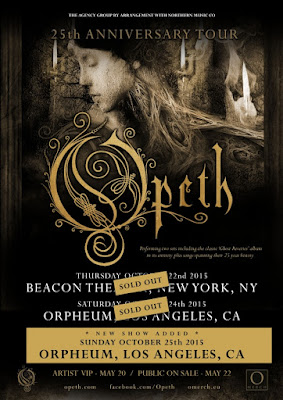 Listen to ”Opeth - The Grand Conjuration" on Spotify here!