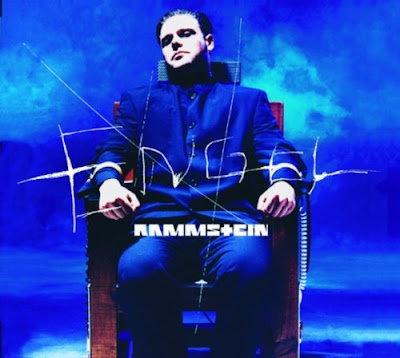 "Engel" (German for Angel) is a song by German Industrial metal band RAMMSTEIN. The song was released as the first single from their second album Sehnsucht. An English version of Engel can be found on US special editions of the Sehnsucht album.

When performed on stage, flames shoot into the air, and Schneider's drumsticks would shoot sparks. On the 'Live aus Berlin' shows, Bobolina joins RAMMSTEIN to sing her parts from inside a flaming cage, instead of the usual pre-recorded chorus used in most of the shows. After missing the entire Reise, Reise tour; "Engel" returned to the setlists as the closing song of the Liebe Ist Für Alle Da tour, taking place during 2009 and 2011. This time around, vocalist Till Lindemann sang the chorus instead of Bobo's pre-recorded lines. For the pyrotechnics, Lindemann wears a set of angel wings that shoot flames from the tips and that have sparks go off along them. Engel was the penultimate song on the setlist during the Made in Germany tour.

RAMMSTEIN were formed in 1993 by an assembly of factory-weary proletarians raised in East Germany. They took their name (adding an "m") from the location of a German tragedy where 80 people were hurt and killed as the result of a crash during an American Air Force flight show.
(The literal translation of "ram stein" is a battering ram made of stone.)