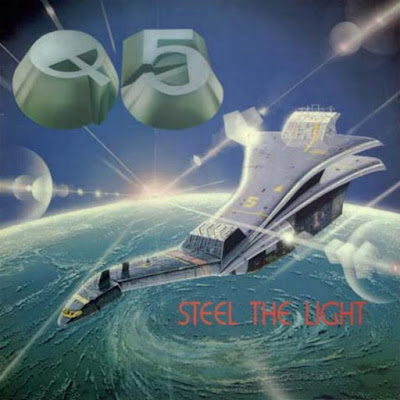 New week, a new "The Record Of The Week"

1984 was a year that I spent every single penny I earned on records. What a year 1984 was, albums like "Perfect Strangers" with DEEP PURPLE that got shit loads of play time back in the days. "Heaven's on Fire" with KISS & "Jump" with VAN HALEN was on the radio and at the disco. JUDAS PRIEST release the heavy smoker "Defenders of the Faith" that got me into a wish for a leather jacket that I never got, as it was to hard for a kid to wear :/ and METALLICAs "Ride the Lightning", the two records that my friends and I played air guitar to. MARILLION releases "Fugazi" an album that I bought several years later, It was to odd for my taste back then. Other albums that I think I got during this time was "Thunder Seven" with TRIUMPH, "Out of the Cellar" with RATT, "Slide It In" with WHITESNAKE, "In Rock we trust" with Y&T, "Love at First Sting" with SCORPIONS, "Powerslave" with IRON MAIDEN, "The Warning" with QUEENSRYCHE, "Last In Line" with DIO, "Stay Hungry" with TWISTED SISTER and "Condition Critical" with QUIET RIOT. Another odd but interesting record that found it's way to my home was the selftitled album with W.A.S.P. , this was the scariest album that I had at that time.

Anyway, there was certainly more of good records that I found during this year. However, none of the above, is what I had in mind this time. But a little more unusual bird like the Seattle rock band Q5 and the record "Steel the Light". I know many will say WHAT?

"Steel the Light"is an remarkable album. It contains nine fabulous songs over 37 minutes, which end before you even realize it. The album opens up with a real blaster "Missing In Action", heavy, thrashy and melodic with excellent riffs from Floyd Rose and Rick Pierce. The vocals from Jonathan K. is fabulous, high range and incredibly accurate. Already here the band sets the standards on what to expect. The second song ''Lonely Lady'' is a melodic tune of very catchy galloping riffs. The third track is the title track, the album Opus with a guitar riffs that you will get u goose bumps. The solo is epic and your cheek will fall to the ground like a mountain cliff that loses it's grip and falls down. The album just continues on the same line "Pull The Trigger" with its smart guitar riffs and solos working together with a high range vocals. "Ain't No Way to Treat a Lady" is more old school rocker from the 70's but with the 80's metal with a very high standard, so easy, so good. "In the Night" slows down the tempo, here does the vocals got a more mid range with finger flick on a blues rock base. "Come and Gone" is the album ballad, a heartbreaking tune with guitars that dig deep in you and vocals that almost puts your eyes in tears. The two final tunes "Rock On" and "Teenage Runaway" turns up the tempo and ends the record with the banner at the top!

To summarise "Steel the light" is a album that YOU absolutely need this in your collection, period! 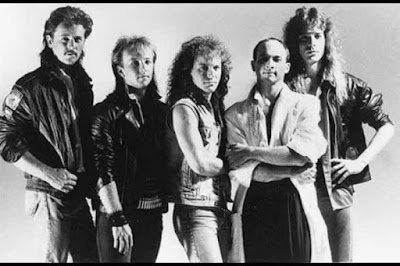 Q5 was formed in 1983 by members of two popular Seattle bands: vocalist Jonathan K and guitarist (famous guitar tremolo inventor) Floyd Rose from THE C.O.R.E. and Rick Pierce (guitar), Evan Sheeley (bass) and Gary Thompson (drums) from TKO. Q5 released its first album, "Steel The Light", in 1984, receiving immediate critical acclaim, and landing them tours with TWISTED SISTER, Y&T and LITA FORD. The success of "Steel The Light" led them to eventually sign with Polygram/Squawk for their 1985 sophomore release "When The Mirror Cracks", but due to personal differences, the original lineup dissolved shortly after this release.

In 2014, Q5 was asked to perform at Sweden Rock Festival, a performance that the band had agreed would be a "one-off" show, but at the completion of the performance, it was obvious that this was not an ending, but merely a beginning. Upon returning to Seattle, the band secured drummer Jeffrey McCormack (formerly of HEIR APPARENT, FIFTH ANGEL) again, and guitar virtuoso Dennis Turner to complete the lineup. Reformed Seattle rockers Q5 have inked a deal with Frontiers and a new album will see the light next year, can't wait.

Bands such as GREAT WHITE, WOLF, OCTOBER 31 and many others have covered songs from the album, and fans are writing from all corners of the globe, eagerly anticipating the next chapter in the Q5 story... That chapter begins NOW! 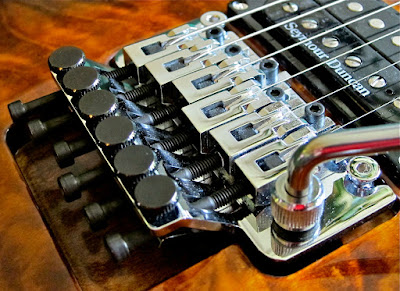 The innovative guitarist Floyd Rose is otherwise best known for being the inventor of the locking tremelo system, the now indispensable device that ensures the guitar stays in tune even after the heaviest of tremelo use.

This double locking system was notable for its ability to stay in tune despite repeated use and wide variations in pitch. His design was later recognized on Guitar World '​s "10 Most Earth Shaking Guitar Innovations." 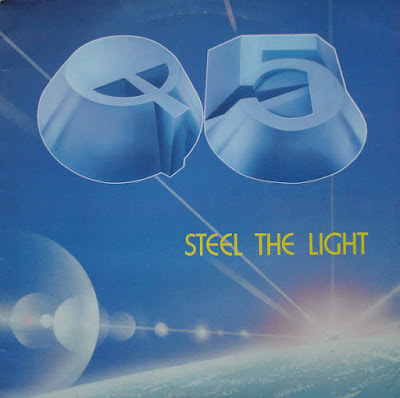 Todays tune "Steel The Light" is as a "classic" and a "must-have in any metalhead's collection."

Listen to "Q5 - Steel The Light" on Spotify here!