The Killers - Somebody Told Me 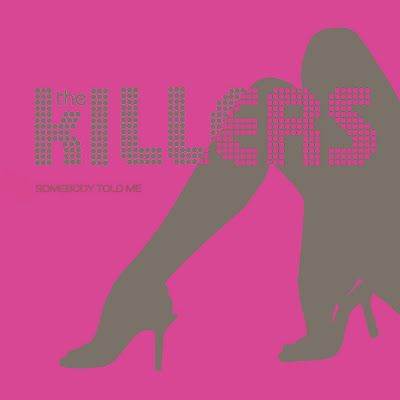 The Battle Born World Tour is the fourth major concert tour by Las Vegas, Nevada rock band The Killers in support of the band's fourth studio album, Battle Born, which was released in September 2012. 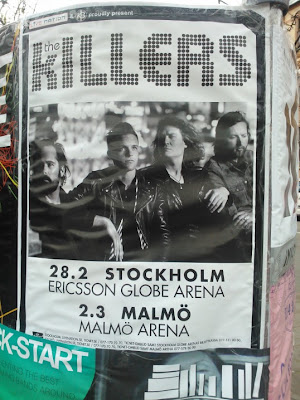 During the summer of 2012, The Killers played festivals across Europe and North America as well as intimate shows in small venues. The band then began a promo tour in September 2012. The tour proper started on October 26, 2012 in Glasgow and the band currently have dates booked for shows across Europe, North America & South America, as well as Australia. With more to be added in 2013.

On November 13, 2012 the band's show at Manchester Arena was stopped during the fifth song of the night "Bling (Confession of a King)" with lead singer Brandon Flowers telling the crowd that his voice had 'gone' and he couldn't continue, the following night's show also in Manchester was cancelled. Two days later both shows were rescheduled and are due to take place on the 17th and 18 February.

The band's shows on December 13, 14 & 15th in Camden, New York City & Toronto were cancelled after Brandon Flowers contracted Laryngitis. The dates have been rescheduled for May 2013.

On June 22, 2013 the band will headline Wembley Stadium, it will be their biggest show to date.

Yesterday did The Battle Born World Tour made a stop in Sweden for a show at The Globe here in Stockholm. The show was pretty cool and neat and a extensive uses of pyrotechnics, particularly during Battle Born and When You Were Young. 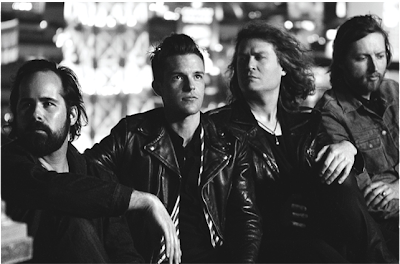 The Killers are an American rock band that was formed in Las Vegas, Nevada in 2001, by Brandon Flowers (lead vocals, keyboards) and Dave Keuning (guitar, backing vocals). Mark Stoermer (bass, backing vocals) and Ronnie Vannucci Jr. (drums, percussion) would complete the current line-up of the band in 2002. The name The Killers is derived from a logo on the bass drum of a fictitious band, portrayed in the music video for the New Order song "Crystal". 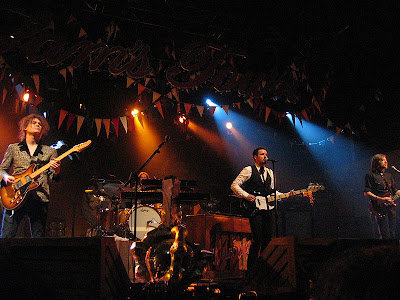 Todays tune "Somebody Told Me" is the second single by American rock band The Killers. The song is featured on the group's debut album Hot Fuss and was written by Dave Keuning, Ronnie Vannucci Jr., Mark Stoermer and Brandon Flowers.

When The Killers first started out, their music was little noticed by music-buyers and the media, which is why "Somebody Told Me" has been released twice in slightly different forms. The first, with the pink background cover, is the rarer version of the single as it was their first release of it; due to poor sales not as many were produced. When re-released, the cover-art sported a blue background color and is the more common version of the single.

Setlist from the Stockholm Show:

Mr. Brightside
The Way It Was
Smile Like You Mean It
Spaceman
Bling (Confession of a King)
Miss Atomic Bomb
Human
Somebody Told Me
Flesh and Bone
For Reasons Unknown
From Here On Out
A Dustland Fairytale
Read My Mind
Runaways
All These Things That I've Done

Listen to "The Killers - Somebody Told Me" on Spotify here!