High On Fire - Rumors of War 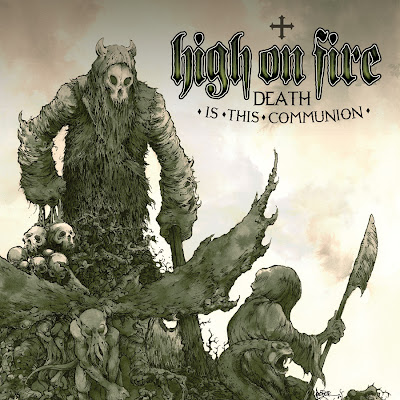 Time to introduce the last act of the trio band that I have published here the last days.

On March 2, I stumble into Debaser Slussen to witness the American trio "High On Fire", and their support acts for the tour (Jumping Jack & Lizzard). Just before I went in to the club, I meet Mike Pike outside, he looks a little light worn out where he stands and smoking a cig next to their tour bus, which is a rusty orange Mercedes bus from the early eighties, I take the opportunity to say hello and receive one back before I go into to the club.

After two really good bands have the actually expectations ratcheted up a bit. How will this be, last I saw Mike Pike was with Sleep on the club "Strand" some time ago and it was a fucking steamrollering out of the ordinary.

Holy macaroni ....the appearance was bombastic unpolished, where the band really dissects classic riffs and melodies that many big band stands for, crushes it to pieces and let the result sound through the premises like a whirlwind to get your pulse racing ascend to the skies as a reminder of how music should sound like. The audience gets obsessed when first notes demolished by Mike Pike's guitar. Lead heavy songs after another in a assembly line and end the evening with a real crescendo "Snakes for the divine".

It was the late, great novelist and caffeine enthusiast Honoré de Balzac (1799-1850) who said, “Power is not revealed by striking hard or often, but by striking true.” And yet High On Fire have managed to do all three. Since the Oakland power trio’s inception in 1998 they’ve released six earth-splitting albums, each seemingly more unstoppable than the last. Forever haunting the halls of the Iommic Temple—the band’s own philosophical monument to Black Sabbath riff master Tony Iommi—High On Fire have become legends in their own time. As bong-huffing genre music rises and falls around them like so much windborne detritus, guitarist/vocalist Matt Pike, drummer Des Kensel and bassist Jeff Matz comprise the all-seeing eye of a perpetual riff-storm, always looking toward a future in which The End is always near. 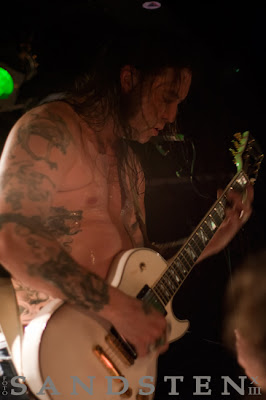 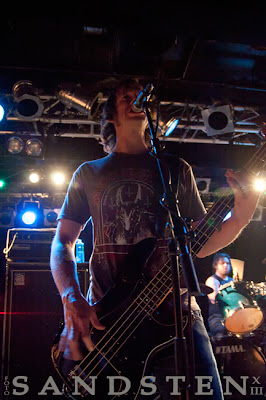 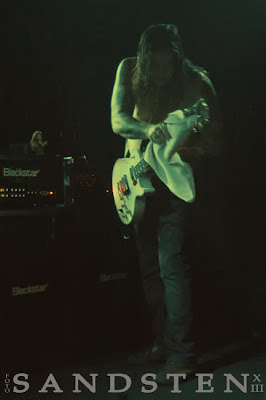 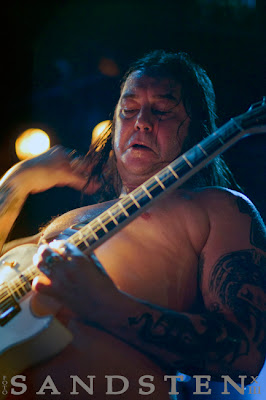 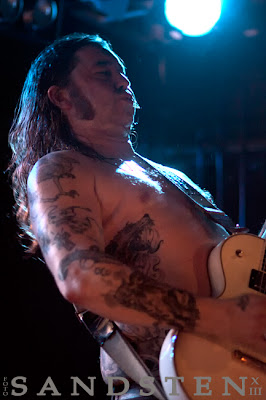 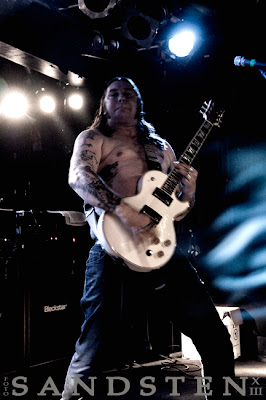 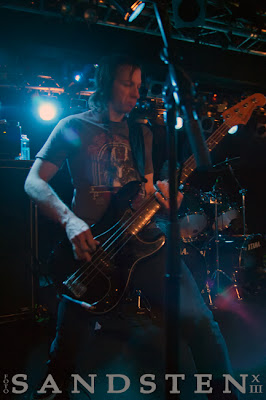 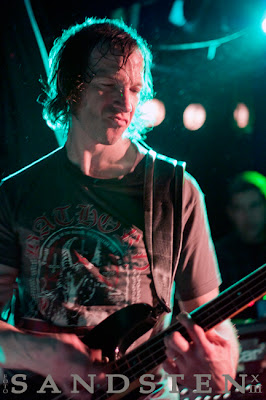 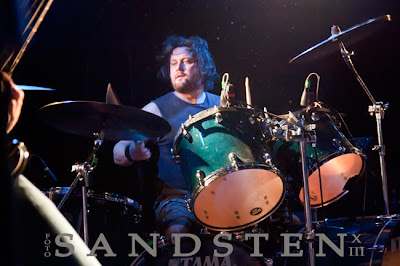 Todays tune "Rumors of War" is taken from the fourth full-length album "Death Is This Communion", released on September 10, 2007.  The art was made by Arik Roper.

Matt Pike noted that the album's lyrics were influenced by David Icke, H.P. Lovecraft, and the Bible.

Listen to "High On Fire - Rumors of War" on Spotify here!