Cult Of Luna - Passing Through 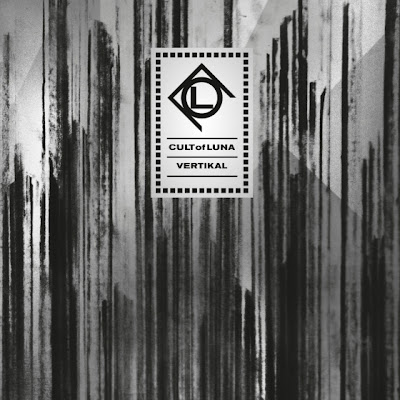 Once again a new week and it's time to present this weeks album. We stay in Sweden but travel up north to Umeå, were we will find the post-metal band "Cult of Luna". They formed from the remnants of a Umeå hardcore punk band called Eclipse in 1998. They slowly garnered critical appreciation and underground popularity with early releases Cult of Luna (2001) and The Beyond (2003) however, it is 2004's Salvation that can be considered their "breakthrough" release. This was followed by Somewhere Along the Highway in 2006, another largely well-received album. 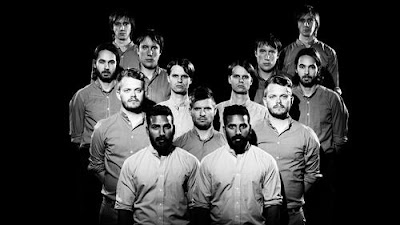 In August 2006, the band released a remake of "Marching to the Heartbeats" from Somewhere Along the Highway entitled "Heartbeats" solely on the internet community MySpace. The song was available for download for a few days and was later removed. The point was to see if the song would be kept alive by file sharing, and was also apparently a statement against the conservative music industry, says keyboardist Anders Teglund in an interview.

In 2008 the band released its fifth album, Eternal Kingdom. It was released in Europe on June 16, followed by its release in the United States on July 8. In 2009 they released a DVD including a live performance from 2008, an interview with the band, as well as all of the band's videos. On October 18, 2009, the band released Eviga riket, a hardback book/audiobook covering the story and themes from Eternal Kingdom. The book and audiobook are bilingual, printed and spoken both in Swedish and English. The audiobook contains new pieces of music and soundscapes written by the band. Eviga riket was released the 23 of February 2010. 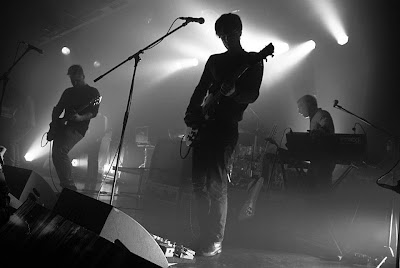 The latest release and the sixth album "Vertikal" grabs the nice price as The Record Of The Week here at Tune Of The Day. The album was released on January 25th, 2013. The album is thematically influenced by the film "Metropolis" a hypnotic backdrop of machinery and repetition.

Before the band started writing they were keen to find a theme that in a very direct way could be shown through the music, and they hope to have achieved this with the new album. They developed clear structures, very linear, refusing to over complicate the writing process. The album is a nice one indeed Vertikal is an interesting and accomplished hybrid, but it isn't perfect. In fact, it works best on a track-by track basis, though the record clearly aims to be its own holistic, all-encompassing universe. Persson says Fritz Lang's early sci-fi horror Metropolis served as a stylistic inspiration for an album "that was going to sound like a 'factory.'" After a dozen trips through, though, the sequencing and transitions still feel ineffective. The prelude "The One" doesn't funnel into what would have been the more daring gambit, "I: The Weapon". And the end of "Mute Departure" and the beginning of "In Awe Of" have nothing to do with the interlude that divides them, a 45-second synthesizer piece that seems to summon the legacy of Laurie Spiegel only as a perfunctory demonstration of erudition.

Todays tune "Passing Through" is taken from the latest release "Vertikal"

Listen to "Cult Of Luna - Passing Through" on Spotify here!

Email ThisBlogThis!Share to TwitterShare to FacebookShare to Pinterest
Etiketter: Cult Of Luna, Eclipse, Metropolis, Passing Through, Post-Metal, Record of the Week, Umeå, Vertikal