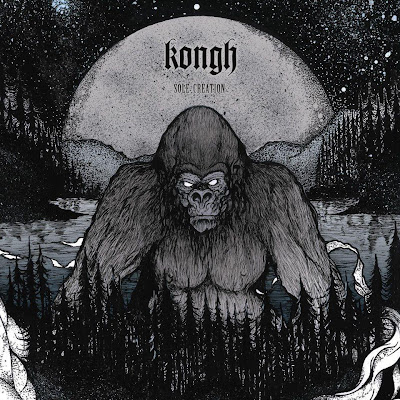 New week, which means a new album that will step up to the throne. This week will be the Swedish Doomsters Kongh!

The new album "Sole Creation" is a 4 song piece and clocks in around 45 minutes of Heavy Doomish Sludge Metal Riffage topped with of Psychedelica, Classic Rock and Proggressive Rock.

This is Kongh is new, even if you can hear some elements of the older Konghs creations. With "Sole Creations" has the band taken a major step in the development, one could refer to the cover, which is decorated with a giant, forest-dwelling gorilla, that comes out of a Swedish tarn and look threatening wickedly over the little insects who runs for life in the the thick forest. The band have taken their third long-player and spray painted it with all of the necessary ingredients to make a mastepiece, it has a more progressive and wider expanse of riffs, a bigger space of vocals, a excellent balance of the dark and hard elements. It’s a brilliant album that this duo have created.

I recommend this record with the utmost warmth. 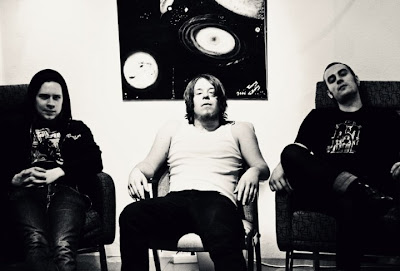 Todays tune "Skyming" is the last track and the longest piece. I could say that this is possibly the best track they have written so far, it combining everything that Kongh have done and spiced up with their newer more progressive, psychedelic elements, a true slow-burning masterpiece!


Sole Creation also include a guest appearance of John Doe from Craft. The album was recorded at Teknikkompaniet (Vetlanda, Sweden) by Peter Lundin; mixed and mastered by Magnus Lindberg of "Cult Of Luna".

“After a very long time of hard work, this album is finally ready for release. We couldn’t be more happy with the way it turned out and I really think it is the best Kongh material so far. For our old fans, I am pretty sure it will be well worth the wait and I also think it holds great potential to satisfy a bunch of new listeners. In my opinion, the album is more dynamic and has much more emphasis on melodies than our previous works. At the same time it maintains the harshness and it’s undoubtedly the heaviest slab of metal we’ve done as well.”