I just came out of my 2 days sleep.
Been involved in the Swedish Song Contest that ends out in the Eurovision Song Contest.
Ahh.. Well now its over and I survued this as well. :D

A friend of mine in north of Sweden tipped me of a Swedish artist that I really liked the sound of..
A bit sad tune but ahh.....A lot of feeling I dooo Like this! 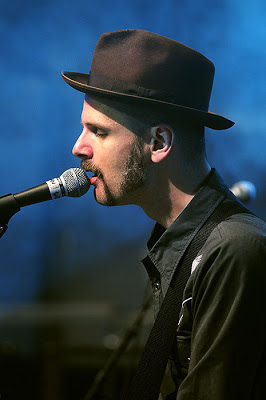 So who is this dude?
Lars Bygdén was born 1973 in Sundsvall, Sweden. His musical career started as guitarist in in the psychedelic bands Magic Broom and The Shades of Orange. In 1996 Bygdén formed the country-rock combo The Thousand Dollar Playboys. 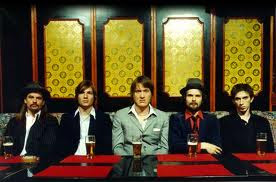 The group released two critically acclaimed albums and got a lot of attention in Swedish media. The band dissolved in 2003. Lars Bygdén has continued as a solo-artist on the record label Massproduktion and released his first solo album Trading Happiness for Songs in 2005 which won the Swedish Manifest award for best singer/songwriter album of the year.

This is some saying of him: ”Lars Bygdén has for long been an artist that not so many have heard about, but with the new realese ”LB”, chances are that a bigger audience will hear about him.”
Lars releases something as unusual as a concept album about the life on the dark side.
And for the first time in his life he’s completely satisfied with the outcome.

Ladys and Gents, This IS Lars Bygdén!

Listen to Lars Bygdén - The Hole" on Spotify here!