Thalamus - This house Is Going Down In Fire 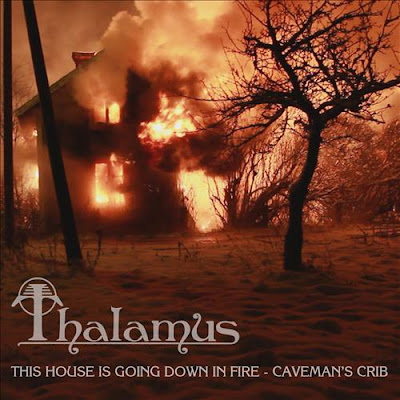 Thalamus Is a Swedish 70's influenced heavy rock band. The band formed back in 2006 and have released 3 full-length albums and a 5 track EP. 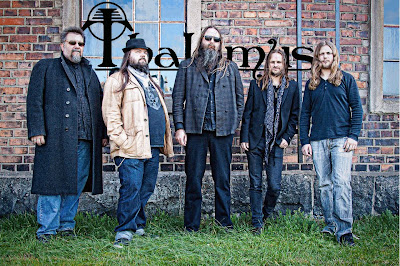 Thalamus spawned in 2006 from former members of "Cryonic temple", "Kjell-Ronnys pop orchestra" and "Lavskäggä". Kjelle met up with Janne and Basse and formed Thalamus. A month later Peter joined the band. Out of this came the highly acclaimed cd "Beneath a dying Sun" Sadly Jan Cederlund and Håkan Danielsson left Thalamus 2010. They were replaced by Mats Gesar and Joakhim Åslund. The 2:nd album named "Subterfuge" was released in 2011. Inbetween that an 5-track EP "Sign here for nothing" was released. Last month thier latest recording "Soul" was released. 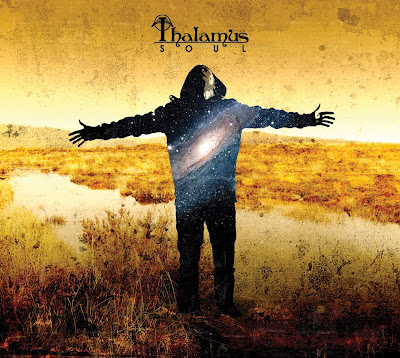 The music can simply be explained as: Beautiful, groovy, heavy and great riffing heavy Rock. 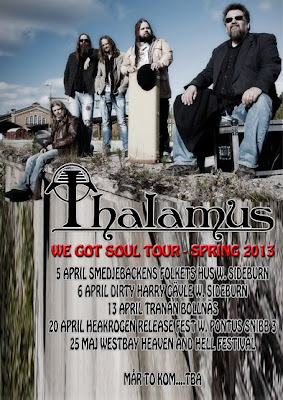 Todays tune "This house Is Going Down In Fire " is the first video from the new Thalamus album, "Soul" released by Transubstans Records in February 2013.

Listen to "Thalamus - This house Is Going Down In Fire" on Spotify here!

Email ThisBlogThis!Share to TwitterShare to FacebookShare to Pinterest
Etiketter: 70's, Blues Rock, Borlänge, Rock, Soul, Thalamus, This house Is Going Down In Fire