The Sword - The Veil of Isis 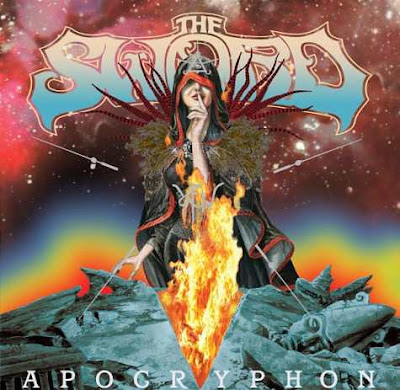 New week, new record of the week here on the Tune Of The Day.

The album "Apocryphon" is the fourth studio album by American heavy metal band The Sword. Recorded at Magpie Cage Studios in Baltimore, Maryland with producer J. Robbins, it was released by New York label Razor & Tie in October 2012. Apocryphon is the band's first album without original member Trivett Wingo, and the first to feature his replacement Santiago "Jimmy" Vela III, who took over from interim touring drummer Kevin Fender in October 2011; it is also the first of the band's albums to be released by Razor & Tie, with whom the group signed in early 2012 after seven years with Kemado Records. 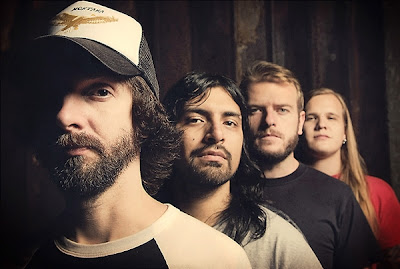 The Sword is commonly categorised as a doom metal or stoner metal band, and is heavily influenced by such groups as Black Sabbath and Sleep. The group has toured with a wide range of fellow metal artists, including local band ...And You Will Know Us by the Trail of Dead and stoner group Year Long Disaster, and has also been chosen to support Metallica on a number of recent tours. Their first album Age of Winters failed to chart, but their subsequent releases have all gained increasing commercial success, with Apocryphon charting in the top 20 of the Billboard 200 chart. 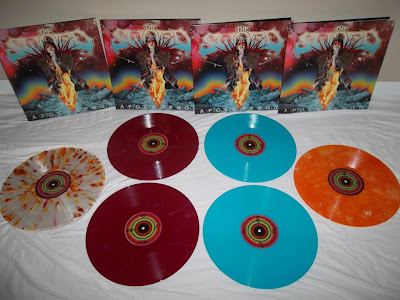 Todays tune "Veil of Isis", The opener track of "Apocryphon" is a good representation of the album. There are heavy riffs, tempo shifts and plenty of instrumental breaks. Overall the album is great, production is superb and sound is very good, the vinyl sounds really good even if the colour on mine is toothpaste blue, prefer black. The album is not as direct as warp riders but has a good stoner swing.

Listen to "The Sword- The Veil of Isis" on Spotify here!

Email ThisBlogThis!Share to TwitterShare to FacebookShare to Pinterest
Etiketter: And You Will Know Us by the Trail of Dead, Apocryphon, Black Sabbath, Heavy Metal, Metallica, Record of the Week, Rock, Sleep, Stoner, The Sword, The Veil of Isis, Year Long Disaster