Troubled Horse - One Step Closer to My Grave 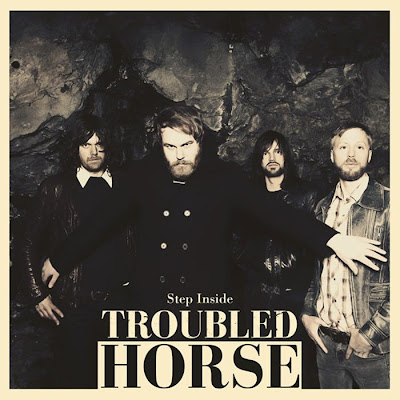 Troubled Horse is hotly-tipped heavy garage rock , straight out of Örebro Sweden, who’s been banging heads and crushing bones since back in 2003. 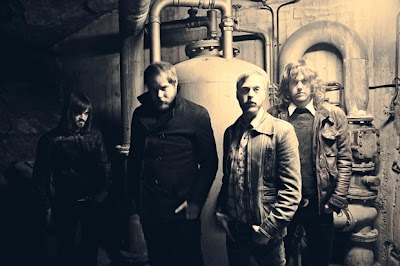 After almost 10 years of waiting. Troubled Horse has finally gathered their best tunes from a 10 year period and put em down on a record called "Step Inside"! Available now worldwide!

That Örebro is a town that bought us a second wave of vitally cool hard rock bands such as Witchcraft and Graveyard. Ironically Troubled Horse features three members of the original Witchraft line-up, one of which (bassist Ola Henriksson) is still a current member. Lead guitarist John Hoyles parted ways from Witchcraft a few years ago to concentrate on his other band, Spiders and these frantic rockers of course.

Despite the collective members association with the aforementioned band and origins, Troubled Horse is most definitely an institution in its own right. The raw and melodic song writing skills of singer/guitarist Martin Heppich combines the hard edged spirit of 70’s US bands such as Dust and Pentagram, with an altogether more soulful 60’s MC5 vibe, making them very unique and fresh. Just what the rock and metal scene needs right now!

The band has built a cult following over the past few years and Step Inside is hugely anticipated by fans. Crammed full of instantly memorable hard rocking, footstomping anthems such asShirleen, One Step Closer to the Grave and Fear, Troubled Horse are ready for action and ready to be heard!

The album "Step Inside" is out now on Rise Above Records and Metal Blade Records, a Vinyl version will soon be released.

Todays tune "One Step Closer to My Grave" is taken the album "Step Inside". Order Here: http://www.metalblade.com/troubledhorse

Listen to "Troubled Horse- One Step Closer to My Grave" on Spotify here!