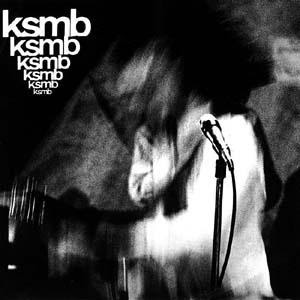 Sunday, time for a classic, punk time, oh yes!
KSMB (Kurt-Sunes med Berit) was a Swedish punk rock band from 1977 to 1982. The young band members grew up and lived in the working-class suburb Skärholmen outside Stockholm. 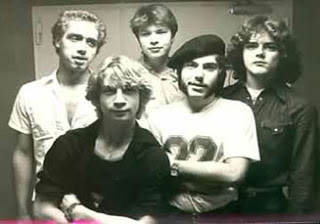 Johan Johansson, Mats Nilsson and Pekka Kangas had a band called "Ingenting" (Swedish for "nothing"). Their first and only gig was at Österholmsskolan in Skärholmen. The autumn -77 most of the band members went to Skärholmens Gymnasium and if you worked with a project, you wouldn't have to go to all the lessons, like a band. "Skärholmens Gymnasiums Punkensemble" was started and due to that a lot of people didn't want to go to the lessons, the band got a lot of members. After a chaotic gig in the aula in Skärholmens Gymnasium with 15 band members, of which 5 were singers, the project "Skärholmens Gymnasiums Punkensemble" was over, but the singers Steppan and Alonzo, drummer Johan Johansson and bassist Matte Nilsson liked playing in a band and the became the only constant members of band.

In spring 1978 the band started to get real gigs and changed the name to KSMB, which now contained a much smaller set of musicians. KSMB stands for Kurt-Sune with Berit, a name taken from a sketch of the radio show's hemma hos, somewhat misinterpreted as the sketch actually mentioned the "Stig-Sune with Berit". In mid-1978 the band had grown, largely because of their graffiti - in each and every subway car, station,  elevators and the house walls in Stockholm could read "KSMB = Vrålrock".

The band took on the contact record label MNW and went on to become one of Sweden's most popular punk groups. The band toured extensively until the spring of 1982, the bottom.

1993 reunited some of the many members for the record En gång till. The set was missing, however, remarkably enough, Johan Johansson, who wrote most of the band's songs.

Todays tune "Tidens Tempo", taken from the album Aktion, released 1980. This was KSMB's own first real LP, after their joint record with Travolta Kids and Incest Brothers Bakverk 80.