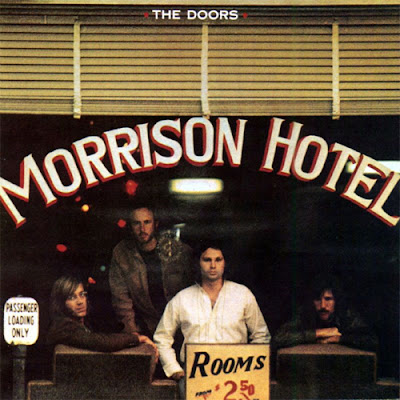 Todays Sunday's classic is from the classic band "The Doors" who were an American rock band formed in 1965 in Los Angeles, California, with vocalist Jim Morrison, keyboardist Ray Manzarek, drummer John Densmore and guitarist Robby Krieger. 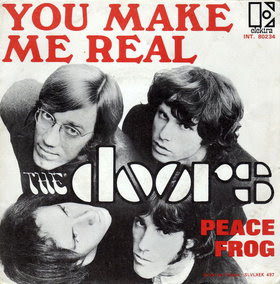 Todays tune "Peace Frog" is a song which appears on the album Morrison Hotel. It was released on vinyl in February 1970 by Elektra/Asylum Records and produced by Paul Rothchild. It has a fairly short running time of 2:50 and blends seamlessly into the next track on the album, "Blue Sunday", making it easy for radio stations to play the two songs consecutively. The lyrics were adapted from a couple of Morrison's poems, one being entitled "Abortion Stories".

Doors guitarist Robbie Krieger came up with the guitar riff. The lyrics were based on two of Jim Morrison's poems, one called "Abortion Stories," which is where the bloody images came from.

The lyrics about the Indians refer to an auto accident involving a group of Indians that Morrison's family came across on the highway. Morrison, who was a child at the time, felt that the ghosts of the Indians took up residence in his soul. This scene is portrayed at the beginning of Oliver Stone's movie, The Doors. 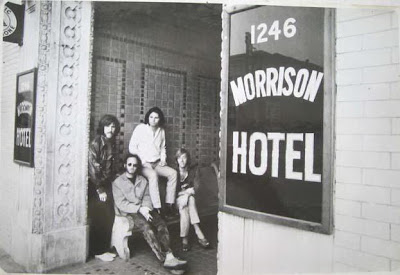 The lyric "Blood in the streets of the town of Chicago" refers to the 1968 democratic convention. The lyric "Blood in the streets of the town of New Haven" refers to Morrison's arrest in New Haven in 1967. From the stage, the enraged singer explained that he was with a girl before the show, and, "We started talking and we wanted some privacy and so went into this little show room. We weren't doing anything. You know, just standing there talking, and then this little man in a little blue suit and a little blue cap came in there. He said 'Whatcha doin' there?' 'Nothin'.' But he didn't go away, he stood there and then he reached round behind him and brought out this little black can of something. It looked like shaving cream. And then he sprayed it in my eyes. I was blinded for about 30 minutes."

At this point, 3 police officers came onstage and arrested Morrison for breach of the peace, giving an indecent and immoral exhibition and resisting arrest. He managed to strike a crucifixion pose before he was taken away, and some audience members fought with cops.

Listen to "The Doors - Peace Frog" on Spotify here!