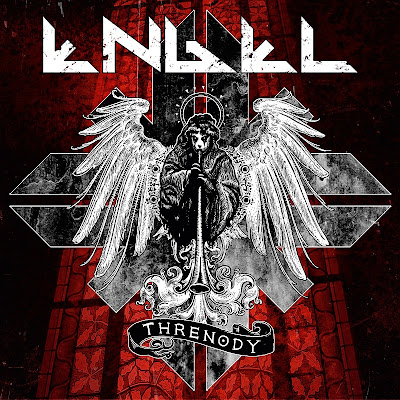 This year's darkest months beginning on WeRock with lots of reading candy! Reviews of including the albums of Conspiracy Theory, Engel, Crystal Caravan, Stonewall Noise Orchestra, Samael and Hail Of Bullets among others. From my own pen, I write about Alter Bridge, Monster Magnet and Ross The Boss.

In addition, the two pure fresh live reviews were WeRocks writer BiblioteKarin reviewing Deftones gig in Stockholm and in a double review communicates Martin and Fredrik their impressions from two of nature quite different concerts with Job For A Cowboy in Malmö and Gothenburg.

BiblioteKarin like Engel's new album and says in a short "This is a fun album" read about it here.

Engel is a melodic death metal band with alternative influences from Gothenburg, Sweden. The band has shared the stage with such acts as Still Remains and toured Europe with Amon Amarth and Dimmu Borgir. They were also part of Paradise Lost's "Faith Divides Us - Death Unites Us" -tour, along with such names as Katatonia and Samael.

Former bassplayer Michael Håkansson left the band on 14 August 2008 to pursue his other dreams in life. His duty as bassplayer was taken over during November 2008 by Steve Drennan, who has played as a tour-bassist for Amon Amarth. During 2010, the band replaced their drummer, Daniel “Mojjo” Moilanen with Jimmy Olausson, who also plays drums for Marionette. The members of the band are also known for their other bands in the past, such as In Flames, The Crown, The Haunted and Gardenian. Niclas Engelin has worked with In Flames in later days as well, as a tour guitarist. 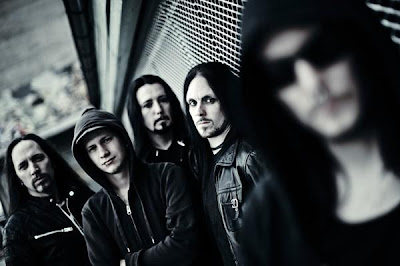 Todays tune "Six Feet Deep" is taken from the latest and second album called "Threnody". The band's split with label SPV GmbH which delayed the European Release of this album.