All That Remains - Hold On 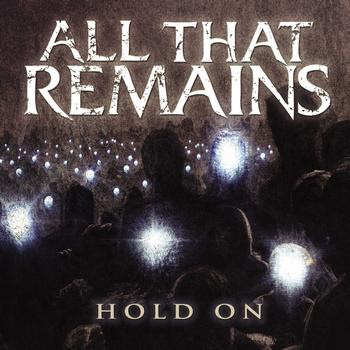 All That Remains is an American metalcore band from Springfield, Massachusetts, which formed in 1998. They have released five studio albums, a live CD/DVD, and have sold over 500,000 records in the United States alone. The group consists of guitarists Oli Herbert and Mike Martin, vocalist Philip Labonte, bassist Jeanne Sagan and drummer Jason Costa with Labonte and Herbert being the only two original members. 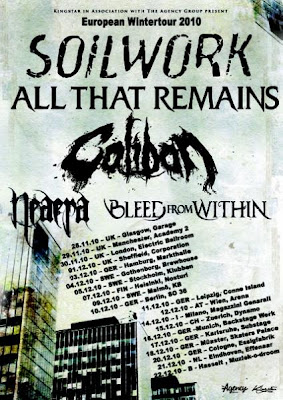 All That Remains is the band number two out of three that we present from Sunday's gig at the klubben. Today, it will be a double post from me, I do this just to have enough time to present all before the pile gets too big. The second post will be tonight around the time that Helloween get up on stage at the same place that Avanstasia played last sunday, a gig which had been really fun to see and hear, but tonight I find myself in a completely different job which will come here in a few days, we've got trashfest to present first.

Back to All That Remains, a band that can really get a crowd rocking with their riff-based melodic metalcore, really hard not to dig in when they play live. When there are five bands that will share the backstage usually get a bit messy but the staff at the klubben had actually made it as nice as possible, including a place to relax with Wi-Fi so band members could make contact with their loved dear. A band that traveled a bit on the flank did not have a sleeping place for the night, think they were left there during the night, I hope it all worked out. Thought it was very clean, not so much mischief as it tends to be when bands of this type are on the road. Sure, stories about where this and that was told. But in the end it was very relaxed. 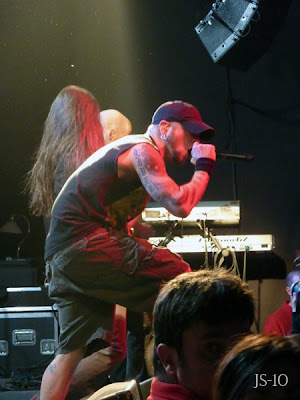 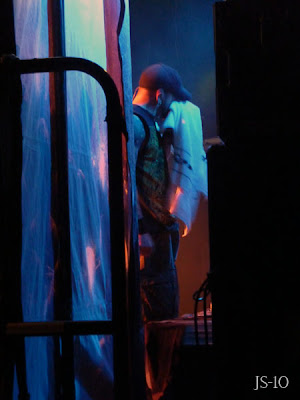 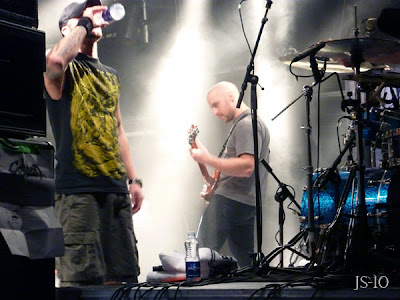 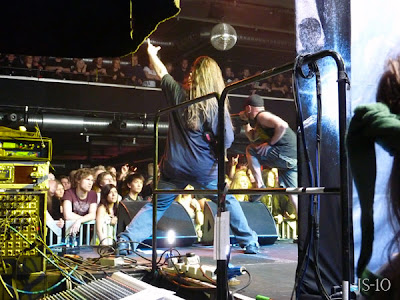 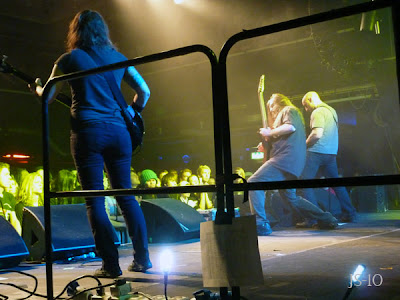 Todays tune "Hold On" is the first single, taken from "For We Are Many" and was released on August 18, 2010. This is the first album since This Darkened Heart and Behind Silence and Solitude to feature melodic death metal elements.

Rest of the PANIC OVER EUROPE tour
w/SOILWORK, CALIBAN, BLEED FROM WITHIN, NEAERA

Now Let Them Tremble
For We Are Many
Six
Hold On
Aggressive Opposition
This Calling
The Air That I Breathe
Forever In Your Hands
Become The Catalyst
Some Of The People, All Of The Time
Two Weeks

Note: "Now Let Them Tremble" is the shortest song by them to date, only lasting for a minute and 23 seconds.

More info @ Official All That Remains Website or at MySpace

Listen to "All That Remains - Hold On" on Spotify here!