Now we change from suicidal angels to death angels and its time for band number two from "Trashfest", and it is the American thrash metal band Death Angel, from San Francisco, founded in 1982. The group originally consisted of the cousins Mark Osegueda (vocals), Rob Cavestany (guitar), Gus Pepa (guitar), Dennis Pepa (bass) and Andy Galeon (drums). In 1986 they recorded demo Kill as One which was produced by Metallica guitarist Kirk Hammett and led to a recording contract with Enigma Records. The debut album The Ultra-Violence was established in 1987. Sequel Frolic Through the Park was released the following year. Before their third album, Act III (1990) was the group's contract was sold to Geffen Records.

On the way to a gig in Las Vegas in 1990 were injured drummer Andy Galeon seriously in a car accident and would need more than a year to recover. Shortly thereafter Osegueda decided to quit music and moved to New York. The remaining band members formed the group The Organization instead. 2001 reunited Death Angel to play at a benefit concert for Testament singer Chuck Billy, without Gus Pepa, who was replaced by Ted Aguilar. The group's fourth album, The Art of Dying, was given in 2004. It was followed in 2008 by Killing Season. The latest album Relentless Retribution was released September 3, 2010. And the producer was Jason Suecof (Trivium, August Burns Red, The Black Dahlia Murder, All That Remains, Whitechapel, Devildriver). You can read the review on WeRock here! 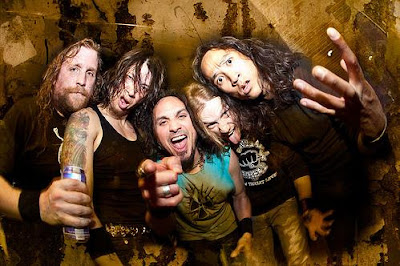 After the Thrashfest, Death Angel will be touring in the US with Swedish Soilwork. 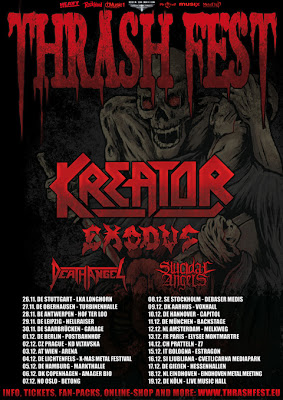 Death Angel did an amazing performance and got the entire audience directly, the band's is lively band that enter the stage and it truly to see and hear that the band is here to deliver their classic thrash in the best possible way. It's really hard to stand still when the Death Angel riffs plowing through the speakers. When the bands time ran out and the set is done, its time for the changeover and I wonder how Exodus, who is the turn get on stage will handle this, I hear how Rob Dukes saunter to and fro in the corridors and sings-up in the classical way of doing scales, more on that tomorrow. There is a review on Thrashfest at WeRock made by Robert Gustavsson, read it here!

Here is some pictures taken by Soile Siirtola with my Camera :) 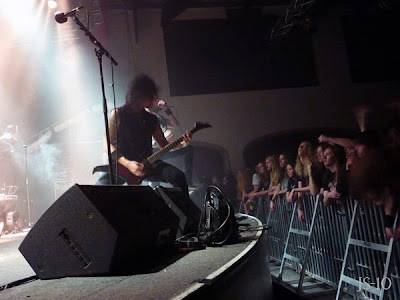 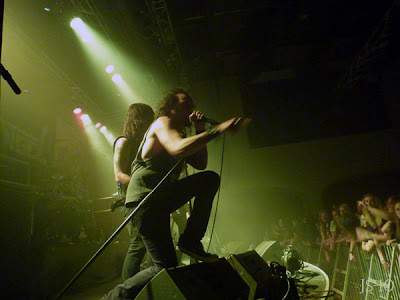 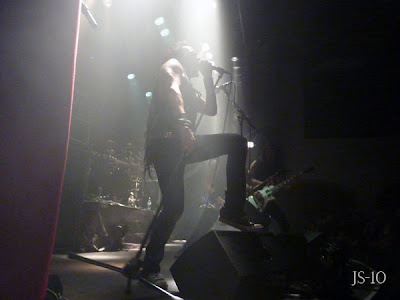