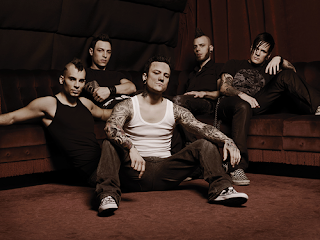 Dead By April came out with a album 2009 with a self title name.
They started up in 2007 and comes as many Swedish metal bands
from the town Gothenburg.

On April 23, 2010 it was announced on the band's official MySpace page that Pontus Hjelm (guitarist, songwriter and singer) had officially left Dead by April.
The reason for his departure was because he didn't want to continue as a band member, he wanted to focus on being a songwriter.
Although Pontus would no longer be an official band member,
he wanted to continue writing music for Dead by April,
telling the fans that "nothing is different in the songwriting department".
The replacement for Pontus Hjelm became Zandro Santiago.
Although Zandro only provides vocals, the band felt that it did not
change much of the sound to continue with only one guitarist. 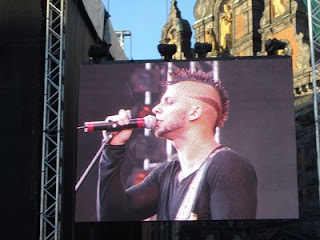 On December 7, it was announced that a new Remix album called "Stronger" will be released at January 10, 2011.
It contains a demo version of "More Than Yesterday",
3 heavier versions of their songs and some tracks that was released through other releases. So I wanted to share this single with u all. 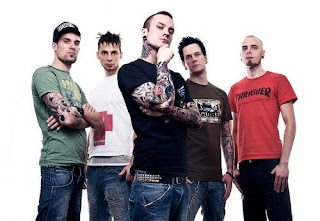 Listen to "Dead By April - Stronger" on Spotify here!