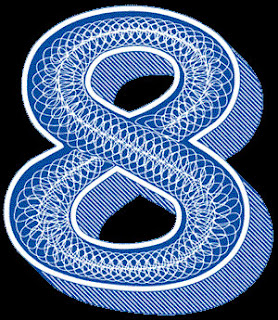 Accept is back with a new album after all 14 years of dormancy, this time without Udo Dirkschneider behind the microphone. The new singer and formerly TT QUICK-singer Mark Tornillo amazes me. The little guy's voice and approach is extremely well adapted to an Accept's style. Tornillo has a better range than its progenitor, which appears clearly when he growls as UDO, but when he does it is frighteningly similar. Blood Of Nations is a classic heavy metal album with lots of references to Accept previous works. The album is filled with beautiful and dirty Accept riffs and a lot of very well made guitar solos of a well-oiled guitar duo consisting of Hermann Frank and Wolfgang Hoffmann. The band has used the services of producer Andy Sneap to put down the right fruit in the basket. Andy Sneap, who has worked with Megadeth's two recent albums. 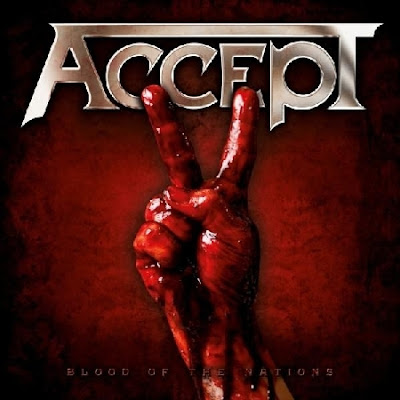 Accept has evidently found the holy fire again and made an uncompromising and true heavy metal album. You just have to accept that Accept is back with an album that is more than acceptable, it is almost phenomenal, hereby Accept captured the 8th spot on the album chart. 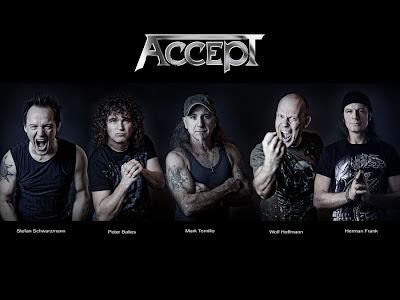 I did a review on this album at WeRock a few months ago were i gave it 8/10, read it here.
On the same site i have a Live review from the same band, read it here.

Accept return in February to Sweden after the celebrated club gig at Debaser Slussen in May this year. Next year there will be two Swedendates for the squad, 15 February at Trädgårn in Gothenburg and two nights later at the Arenan in Stockholm. 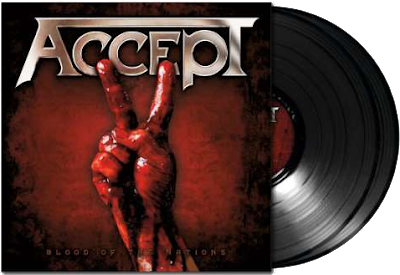 Blood Of The Nations is also released on Vinyl :)
Here is some nostalgia, old Live posters from Sweden with the band, more posters on Swedish Concert Posters 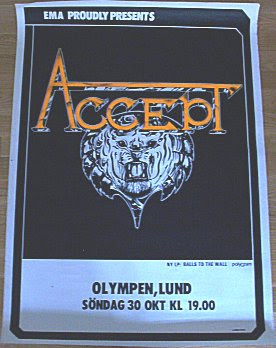 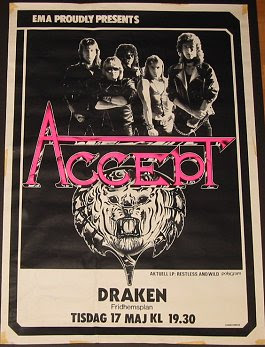 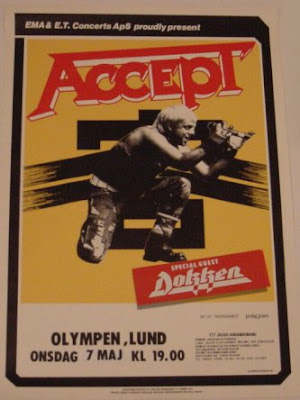 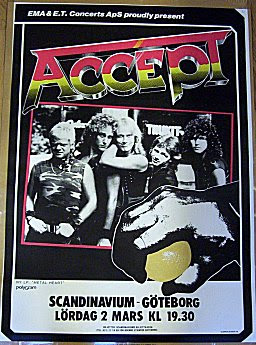 Today's tune "Beat The Bastards" is the first track from "Blood Of Nations" Enjoy.

Listen to "Accept - Beat The Bastards" on Spotify here! 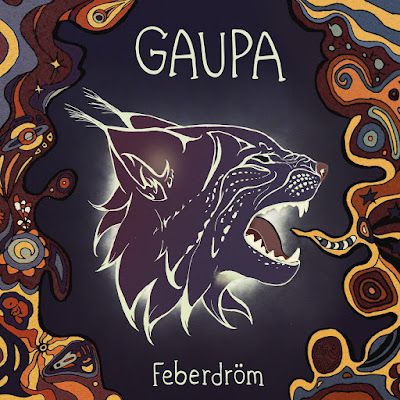