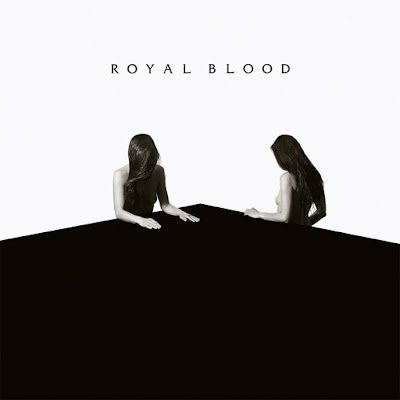 "Lights Out" is a song by English hard rock band ROYAL BLOOD, it was the first single out of the band's 2017 second studio album "How Did We Get So Dark?". Written by band members Mike Kerr and Ben Thatcher with BASS DRUM OF DEATH frontman John Barrett, it was produced by Jolyon Thomas with Kerr and Thatcher and featured on the The song was released as the first single from the album on 14 April 2017.

ROYAL BLOOD wrote "Lights Out" whilst on tour in the United States with support act BASS DRUM OF DEATH, who Mike Kerr described as "really good friends of ours". After the two bands had been sharing ideas, BASS DRUM OF DEATHs frontman John Barrett co-wrote "Lights Out", with Kerr crediting him as "a big part of that tune coming together". The band performed the song live for the first time on Jimmy Kimmel Live! on 9 May 2017, alongside the 2014 single "Figure It Out". 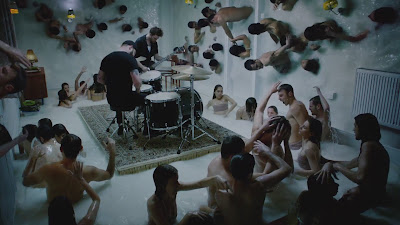 The music video for "Lights Out" was also released on 13 April. Directed by The Sacred Egg and produced by Tom Birmingham and Natalie Arnett of Riff Raff Films, it features the band "performing the song in an empty room that slowly fills with water", after which "a horde of bodies burst out of invisible pools on the floor, ceiling and walls ... the room is cast in a deep red light and Thatcher and Kerr continue to play in the waist high water as dancers move around them". 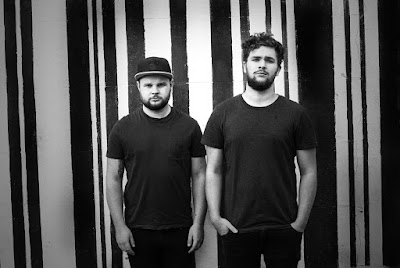 ROYAL BLOOD are an English rock duo formed in Brighton in 2013. The band's sound is reminiscent of and rooted in modern blues rock, hard rock, garage rock, stoner rock and psychedelic rock. Their first album "Royal Blood" was released in August 2014.

Today's tune "Lights Out" taken from the second studio album "How Did We Get So Dark?". Video Directed by The Sacred Egg Produced by Tom Birmingham & Natalie Arnett Prod Co - Riff Raff Films Special Thanks to Harvey Ascott & Besnik Krapi

Listen to ”Royal Blood - Lights Out" on Spotify!

Email ThisBlogThis!Share to TwitterShare to FacebookShare to Pinterest
Etiketter: Bass Drum of Death, Brighton, British, Duo, How Did We Get So Dark?, Lights Out, Rock Duo, Royal Blood