Tom Petty - Don't Fade on Me 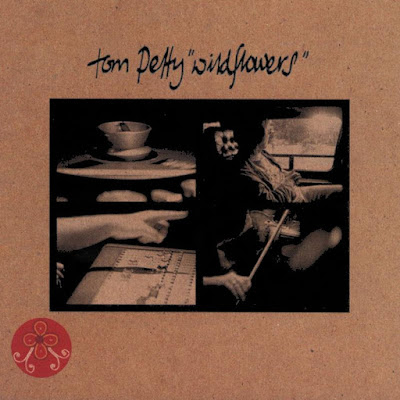 Another big musican has fallen. The rock icon Tom Petty suffered cardiac arrest early in the morning of October 2, 2017, and died that night at the UCLA Medical Center in Santa Monica, California.

In honor of Tom Petty's passing we look back and play a sensitive and wonderful tune. RIP Tom Petty. 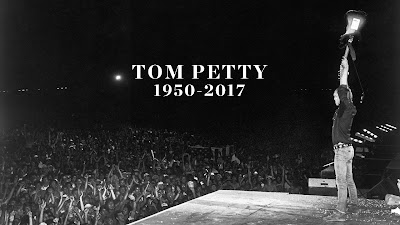 That's the first line from "Don't Fade on Me", taken from one of his solo albums "Wildflowers". One of Petty’s best and most underrated albums with Rick Rubin production, coming off recent work with Johnny Cash, focused on intimacy and stripped-down production. Petty has never sounded more vulnerable than he does on this acoustic track.

A solo acoustic guitar performance by Tom Petty (along with Mike Campbell), this bluesy, folk-tinged ballad is strongly reminiscent of Bob Dylan and some of Stephen Still' songs such as "4+20" and "Singin' Call." A great modal-D tuning guitar exercise, it's probably the most overtly bluesy thing that Petty has ever attempted, and when you listen to it, it's surprising that he hadn't done things like this before. The stark imagery of being "the first one through the door" and "too weary to even leave your bed" is perfect for this song, which looks back at the end of a relationship with almost no hope. 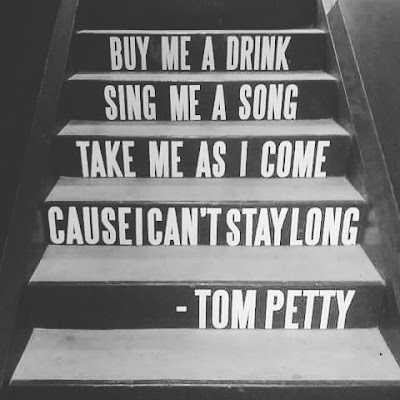 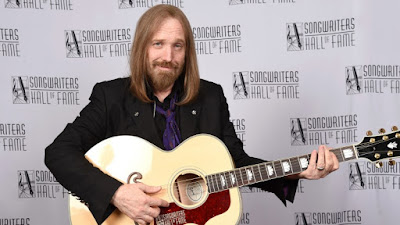 Wildflowers is the second solo studio album by American musician Tom Petty, released on November 1, 1994. The album was the first released by Petty after signing a contract with Warner Bros. Records (where he had recorded as part of the Traveling Wilburys) and the first of three albums produced by Rick Rubin. The album was certified 3x platinum in the United States by the Recording Industry Association of America.

The album features all members of Tom Petty and the Heartbreakers, with the exception of drummer Stan Lynch. Steve Ferrone plays drums on Wildflowers and would join the band officially the following year. However, the album was not credited to the Heartbreakers because, in Petty's words, "Rick (Rubin) and I both wanted more freedom than to be strapped into five guys." Freedom notwithstanding, Petty chose to use most of his regular band as session players, demonstrating his comfort with that format. Rolling Stone placed Wildflowers at number 12 on their list of the best albums of the 1990s. Guitar World placed the album at number 49 in their "Superunknown: 50 Iconic Albums That Defined 1994" list.

In April 2015, when Petty's back catalog was released in High-resolution audio, this was one of only two albums not included in the series (Songs and Music from "She's the One" was the other one), but a hi-res version is available on Pono Music. Thomas Earl Petty (October 20, 1950 – October 2, 2017) was an American musician, singer, songwriter, multi-instrumentalist, and record producer best known as the lead singer of Tom Petty and the Heartbreakers. He was also a member and co-founder of the late 1980s supergroup THE TRAVELING WILBURYS, and his early band MUDCRUTCH.

Petty recorded a number of hit singles with the Heartbreakers and as a solo artist, many of which are mainstays on adult contemporary and classic rock radio. His music became popular among younger generations. In his career, Petty sold more than 80 million records worldwide, making him one of the best-selling music artists of all time. In 2002, Petty was inducted into the Rock and Roll Hall of Fame. 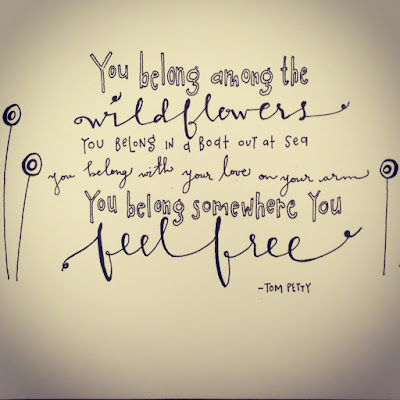 Today's tune "Don't Fade on Me" is for you Tom.

Listen to ”Tom Petty - Don't Fade on Me" on Spotify!