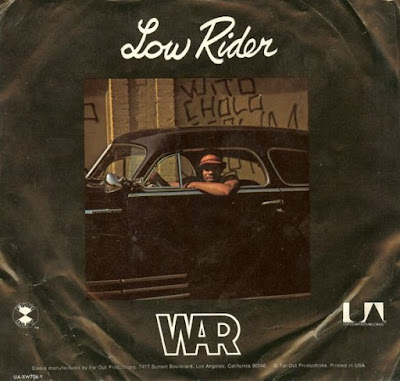 "Low Rider" is a song written by American funk band WAR and producer Jerry Goldstein, which appeared on their album "Why Can't We Be Friends?", released in 1975.

WAR (originally called Eric Burdon and War) is an American funk band from Long Beach, California, known for the hit songs "Spill the Wine", "The World Is a Ghetto", "The Cisco Kid", "Why Can't We Be Friends?", "Low Rider", and "Summer". Formed in 1969, WAR is a musical crossover band which fuses elements of rock, funk, jazz, Latin, rhythm and blues, and reggae. Their album The World Is a Ghetto was the best-selling album of 1973. The band also transcended racial and cultural barriers with a multi-ethnic line-up. War was also subject to many line-up changes over the course of its formation, leaving member Leroy "Lonnie" Jordan as the only original member in the current line-up; four other members created a new group called the Lowrider Band. 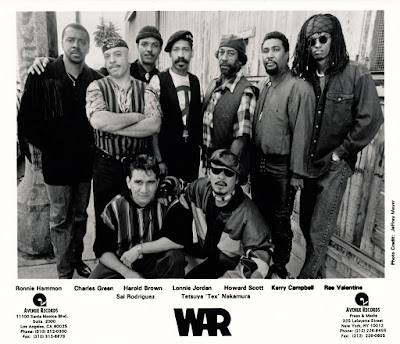 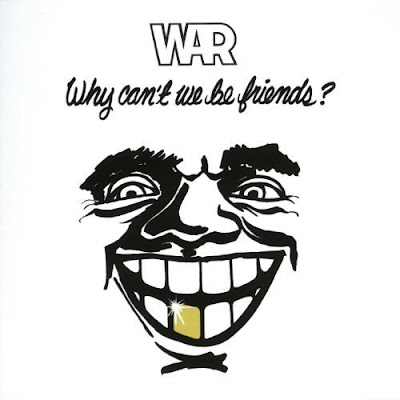 According to the All Music Guide review of the song, "the lyric takes the cool image of the low rider — the Chicano culture practice of hydraulically hot-rodding classic cars — and using innuendo, extends the image to a lifestyle". The song's most distinguishable feature is its driving bass line, which is present for nearly all of the song. It also ends with a siren-like noise that then becomes a saxophone solo.

The vocal is by the band's brass player, Charles Miller

The group's sax player, Charles Miller, came up with the idea for the song. Brown explains:

"What happened on 'Low Rider' was in the studio, we were jamming, and I was supposed to have been on the downbeat. But all of the sudden I was on the upbeat. And I said, 'Oh, boy. I got the beat turned around.' I didn't panic. I said, 'Wait a minute. Stay there. Don't change it. Stay.' Because as long as you keep doing it over and over and over, it won't be a mistake. We were just messing around, you know. Then the next thing I know, Charles started just singing, "Low ri-der drives a little slower. The low..." he was just pumping it. And then the next thing I know Lee's over there putting that harmonica on, because Lee is a melody man all the time. And then - boom. If you'd hear the original version of it, all with that jam, that would be worth a million right there. When we finished it, all of us looked at it, 'That's a hit.' We didn't know that it was going to be an icon. You've got to say it's Americana. I don't care if you're driving a Cadillac or a Rolls Royce or if you have a hooptie - hearing it thumping, it just works because it predicts historically a time period in America. That's true about all music, pretty much. If you go back and look at a lot of music from 1800 to the turn of the century, all through the 1900s, how they used to write songs, "You're my little tulip." And then when you go into the 1940s all of the sudden you're talking about growing squash corn, and you're relating your love to that. Then you went into the '50s, you started getting Fats Domino and all them Hollywood types singing - that time period relating to it. Or even Chuck Berry. And then you got into our music, and then you started having all the other artists doing it, like we're not the only ones. But there were certain things during that time period, especially when we went into the Vietnam War, stuff was happening. Then we came on past the Vietnam War, and then all of the sudden the Disco stuff started happening. And then right up to now. You'll be able to look at it, you can tell what was going on, just like food or anything. What was happening. Clothes and everything. So our music, like 'Low Rider,' started setting a trend right there."

Today's tune "Low Rider" is taken from the album "Why Can't We Be Friends?"

Email ThisBlogThis!Share to TwitterShare to FacebookShare to Pinterest
Etiketter: Funk, Low Rider, Sunday Classic, War, Why Can't We Be Friends?