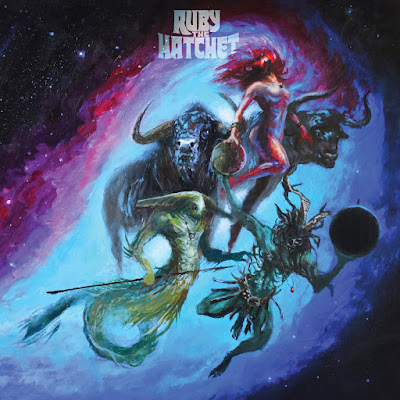 "Planetary Space Child" is the latest album released by the American female fronted hard/alternative rock band RUBY THE HATCHET. A band that abound in both the 70s psychedelic infused occult rock as well as in metal and proto-doom genre. 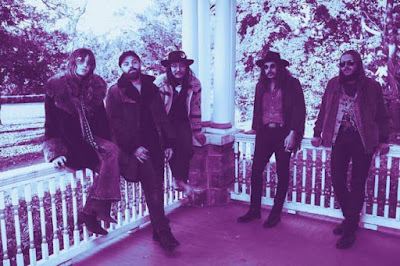 "Planetary Space Child" is an really fun album to listen to, with it's hazy atmosphere, bold personality and a great sense of variety.

The record starts with the title tune, the spacey "Planetary Space Child", great harmonies and powerful voice by Jillian Taylor makes this tune a real piece of art. The next rocker is "Killer", a tune that goes in the more classical format, catchy and full of sludgy riffs. The following tunes follows the same path. "Pagan Ritual" is a more straightforward rocker with psychedelic occult feeling. With a sneaky bass line opens up the beautiful tune "The Fool". "Symphony Of The Night" is an half pace tune at the start before it burst out to kingdom come. "Gemini" is classical rocker with heavy riffing and a more straightforward approach. The last tune of the record "Lightning Comes Again" is a groovy and powerful piece.

Sum: If you want to have a good time, then you play "Planetary Space Child".

Listen to ”Ruby The Hatchet - Planetary Space Child" on Spotify!