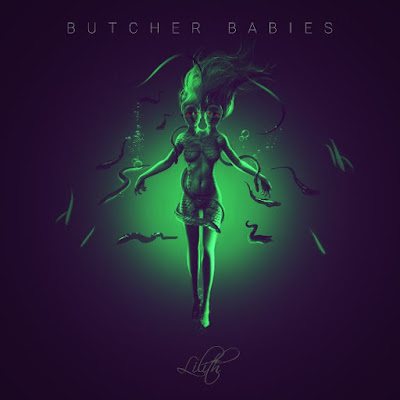 BUTCHER BABIES will release their third album, "Lilith", in October 27 via Century Media.

BUTCHER BABIES are an American heavy metal band from Los Angeles, California. Frontwomen Heidi Shepherd and Carla Harvey, guitarist Henry Flury (Amen), bassist Jason Klein and drummer Chase Brickenden make up the band. Their debut album, "Goliath", was released on July 9, 2013 and the second album "Take It Like a Man" was released on August 21, 2015. 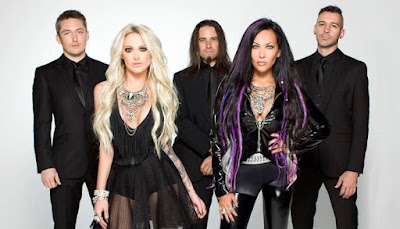 BUTCHER BABIES co-vocalist Heidi Shepherd stated about the "Lilith" title and cover artwork, which can be seen below: "Historically, Lilith has become demonized as a representation of promiscuity and disobedience. We, however, see her as a positive figure. A symbol of autonomy, sexual equality, and full control over your own destiny.

"Lilith is the supreme representation of the left-hand path woman: independent, having discarded the patriarchal yoke, and not afraid to use all the tools available to her, including her sexuality, to gain the most out of existence. The eels in the cover art represent sleek symbolism of new beginnings and adventure.

In anticipation of "Lilith", the band wanted to offer unique presale bundles that are special to them. Not only do they have the album, limited edition green vinyl and tshirts up for grabs, but they are also offering limited edition items curated by Heidi and Carla. One such item is a gorgeous lyric book for "Lilith" featuring never before seen illustrations by Carla and graphics by Heidi. Another item is our signature "Lilith" pendant, a darling necklace handcrafted by Heidi for our Party Animals. Other unique items include signed drum heads, cymbals, drum sticks and even a guitar used on the album.

As they launch into this next chapter of BUTCHER BABIES, they are honored to have our Butcher Army by our side!

Check it out here!