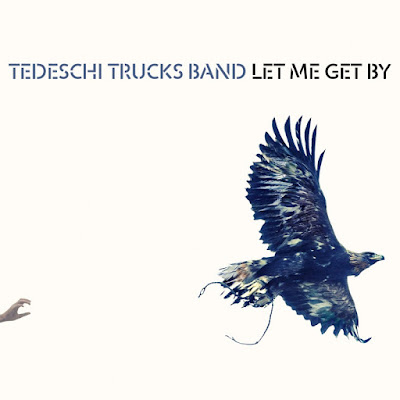 THE TEDESCHI TRUCKS BAND — formerly known as the Derek Trucks & Susan Tedeschi Band — is a blues rock group based in Jacksonville, Florida, USA. Formed in 2010, the band is led by husband-and-wife musicians Derek Trucks and Susan Tedeschi, and primarily features members from their solo groups. Their debut album, Revelator (2011), won the 2012 Grammy Award for Best Blues Album. As of 2016, the band has released three studio albums and one live album.

Today's tune "Anyhow" is taken from the third studio album "Let Me Get By", released in 2016. During breaks in touring in early 2015, the band used Trucks and Tedeschi's home studio in Jacksonville, FL to record the album. Unlike their previous album, "Let Me Get By" was written fully by the band, with help from Doyle Bramhall II. Trucks produced the album himself, after having co-produced the band's previous albums.

Thom Jurek of Allmusic wrote "An obvious studio offering, it's warm and resonant, yet crackling with energy and ideas. The feel is loose and grooving, the performances hot... Never has TTB sounded so organic, relaxed, and free. Let Me Get By is the album this group has been striving for since their formation. You need this." Will Hermes of Rolling Stone wrote "Tedeschi has chops, charm, and a workmanlike style that could at times use some pizzazz. But sharing duties with polyvalent vocalist Mike Mattison... and the other soloists, she steers a band greater than its parts, and still growing better." PopMatters wrote of the album "Past TEDESCHI TRUCKS BAND records had their charms and their high points but this is the record that gets everything right from the first note to the last and it’s a welcome progression from a band that deserves all the good things coming its way in the wake of this record." 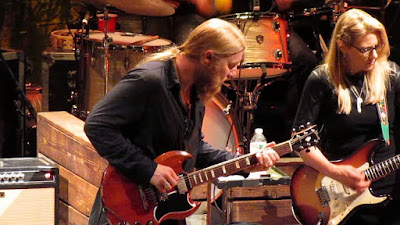 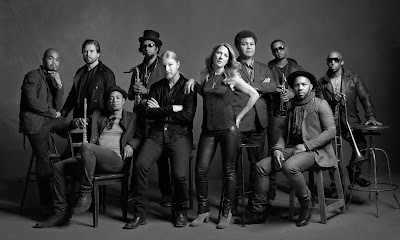 THE TEDESCHI TRUCKS BAND perform "Anyhow" from their new album "Let Me Get By" live in their own Swamp Raga Studio.