Love/Hate - Why Do You Think They Call It Dope? 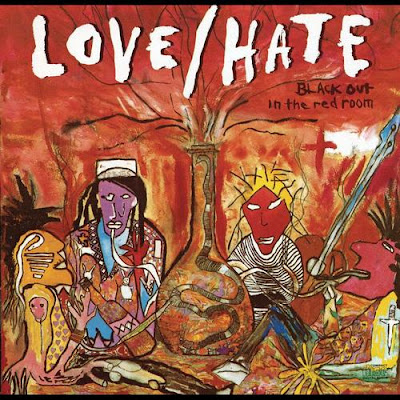 "Blackout in the Red Room" is the debut studio album by American Hard Rock band LOVE/HATE. It was released on 22 February 1990 on Columbia Records.

LOVE/HATE was formed in Los Angeles, California, who achieved their greatest fame in the early 1990s. After a small club tour they supported DIO on an arena tour, their biggest to date. At this time the video for the single "Why Do You Think They Call It Dope?" was receiving good rotation on MTV, chiefly on Headbanger's Ball, and they went on tour with AC/DC to a much better reception. On this tour they first played in the UK. 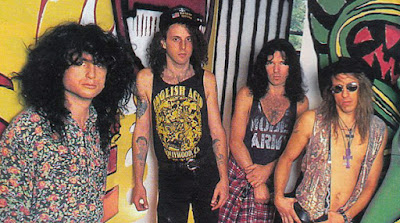 Band members on "Blackout in the Red Room" 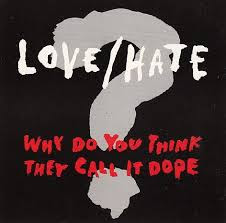 Today's tune "Why Do You Think They Call It Dope?" is taken from the debut album "Blackout in the Red Room"

Listen to ”Love/Hate - Why Do You Think They Call It Dope?" on Spotify!

Email ThisBlogThis!Share to TwitterShare to FacebookShare to Pinterest
Etiketter: Blackout In The Red Room, Dio, Hard Rock, Love/Hate, Sunday Classic, Why Do You Think They Call It Dope?