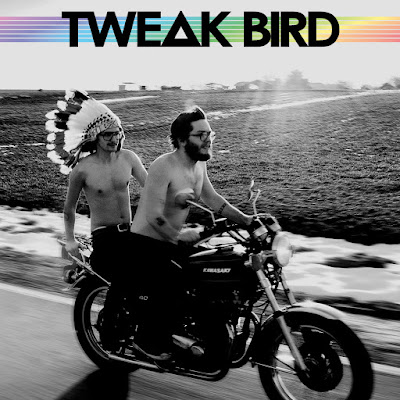 TWEAK BIRD fell from the sky in 2010 with a fantastic sound that blended mind-altering, psychedelic soundscapes with ear licking, wormhole riffs, wrapped up within a framework of back to basics songwriting.

Their sound is pretty unique. Caleb plays a baritone guitar, pitched (and sized) halfway between a regular guitar and bass and most often used by early surf bands. Alongside him the powerhouse Ashton knows that drums are not for tapping. He hit's them hard, really hard.

The album "Tweak Bird", produced by regular collaborators Deaf Nephews- Dale Crover and Toshi Yasai of the MELVINS, who also worked on 2008’s mini-album "Reservations" features beats as tough as the Birds’ fraternal harmonies are ethereal. Recorded in less than a week, the record regularly returns to themes of space travel and escape, the raucous astral optimism of "Lights In Line" and "Sky Ride" evocative of lost sixties psychedelic dreamers like KAK and Population II.

The Brothers Bird have been a band since 2007 and have been making heavy and upbeat happy music, the brothers are from Carbondale, Illinois. 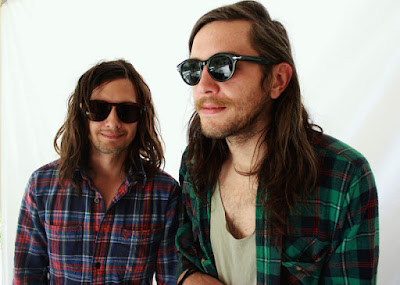 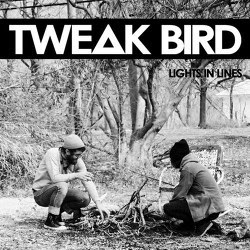 Today's tune "Lights in Lines" taken from the self titled album, the video is directed by Marcus Mader.

Listen to ”Tweak Bird - Lights In Lines" on Spotify!