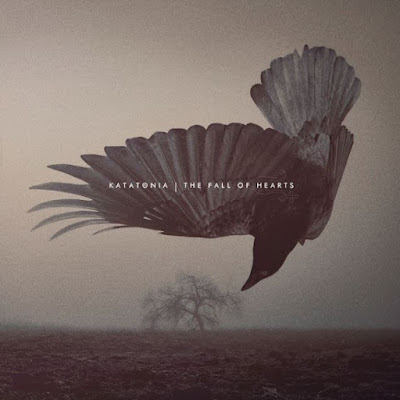 The Swedish rockers KATATONIA, have revealed the first full track, entitled "Old Heart Falls" from their highly anticipated new album "The Fall of Hearts" due for release on the 20th May 2016 through Peaceville Records.

On the release of the first new song Jonas Renkse comments:

“A song with lush textures, distinct dynamics and a memorable chorus are the trademarks to some of the most beloved Katatonia songs. 'Old Heart Falls' substantiates all of those attributes, but is not by any means defining the album as a whole. There is more to come..."

"Knowing we didn’t want another ”font circus” with all these words and letters competing in olympic acrobatics, we decided to make it extremely simple but also very real... 30 years ago when we were active in the underground tape-trading scene, there were no computers around, so we had to write all our letters by hand, or when feeling extra motivated, we used a typewriter. I clearly remember writing letters on a typewriter with a ribbon directly to paper created a special feeling that no computer would ever emulate. So determined to bring back this feeling for a brief couple of minutes, we passed on our idea to our talented friend Lasse Hoile, who made sure this beautiful Royal typewriter served a final purpose before crawling all the way back to the start, returning to dust..." 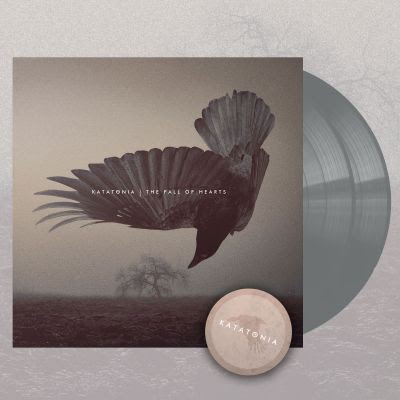 Formats are now available to pre-order:

The dramatic yet desolate artwork was created by long time KATATONIA designer and illustrator Travis Smith. KATATONIA have spent the past four years since the release of Dead End Kings touring the world, as well as expanding their fanbase through two special albums on Kscope, the sister label of Peaceville. 2013 saw the release of Dethroned & Uncrowned which exploded the core of the songs on Dead End Kings creating new moods and textures. In 2015, they released the live acoustic album and concert film, Sanctitude. Both releases illustrate the band’s journey toward this, their current more progressive sound.

The Fall of Hearts is the first record to feature new drummer Daniel ’Mojjo’ Moilanen and with the addition of their recently recruited guitarist Roger Öjersson (TIAMAT), who came in just in time to sprinkle some blistering solos on the album, KATATONIA will continue to push their musical boundaries beyond their roots in the metal scene while drawing in new fans from across the musical spectrum like peers such as Opeth and Anathema have also done, cementing KATATONIAs place as one of the most revered and cherished of all bands in the world of modern heavy music. 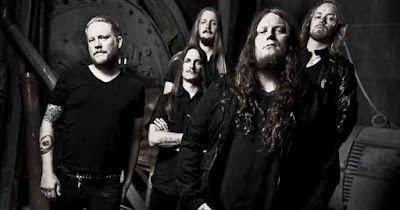 
KATATONIA have confirmed the following festival appearances for 2016: