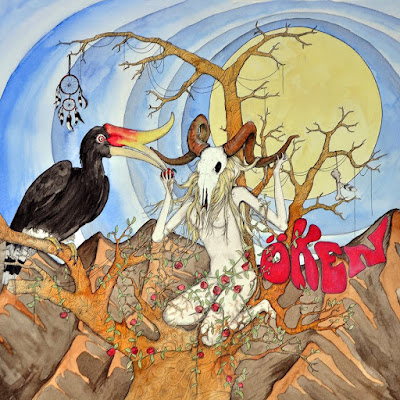 ÖKEN a progressive 70s psychedelica in the stoner rock / doom soil, the band is from Skövde, Sweden and have recently release their debut on Ozium Records.

ÖKEN consists of Adrian Kjellgren (guitar and vocals), Jonathan Holmström (guitar), Jesper Sundell (drums) and Arvid Qvick (bass and vocals). They only have played for a year, but has already found its own unique sound with a little jam time they have. They are now ready to conquer the world with its desert fuzzy jam cozy doomy music. Reminds of LUGNORO, JEHTRO TULL, SLEEP, IF and DUNGEN. Krautprogbikermetal !!

On the April the 30th does "Atomic Rooster Music Club" organizes a small minifestival named "Atomic OziumFest" at Cajsa Warg Majorna i Göteborg. Three Ozium Records bands will play, ÖKEN, VOKONIS and BAD ACID together with the Gothenburg SPIDERS as headline. 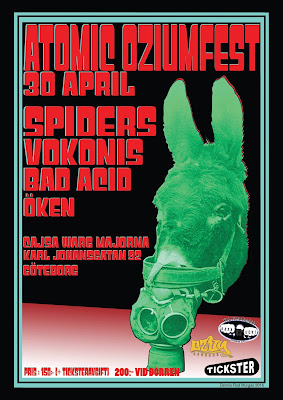 Today's tune "Väktaren" is taken from the self titled debut album, released in 2015