Anti Nowhere League - So What 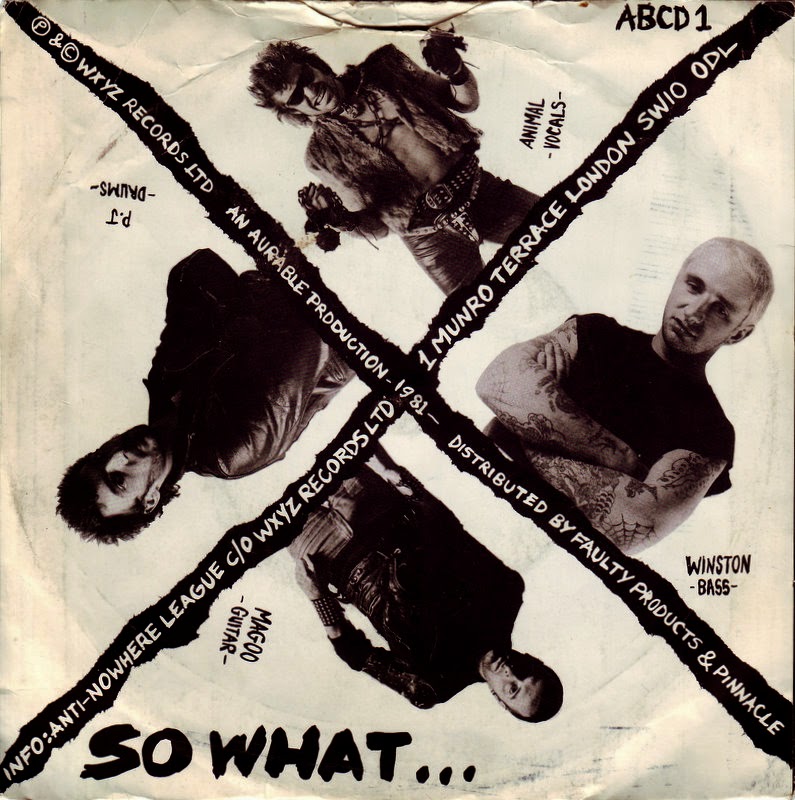 Friday, time for this year's PUNK'n'Oi! festival, Pretty Shitty Kjell kicks of at Klubben here in Stockholm with a pretty cool line up. Bands like ANTI-NOWWHERE LEAGUE, EXPLOITED, SABOTAGE, BISHOPS GREEN, TOY DOOLS, VICIOUS RUMOURS among others are playing here and it going to be awesome weekend.

Hopefully i will bring in some cool photos again and some great old school music. 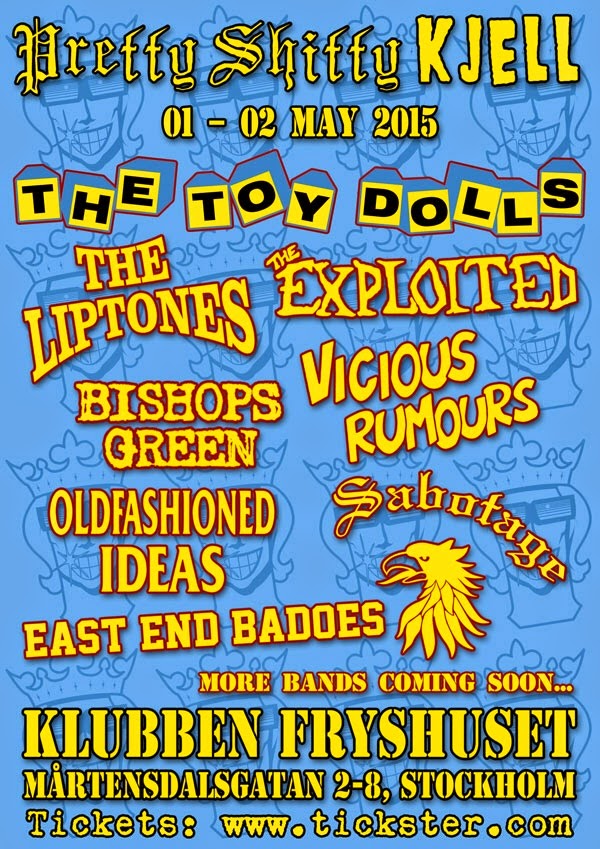 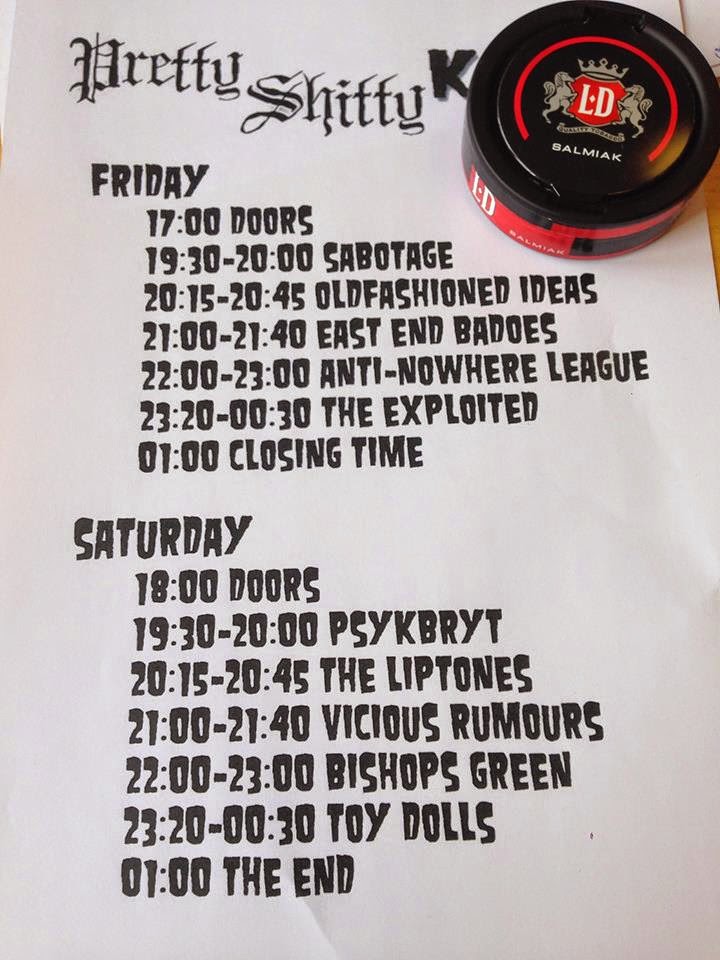 The ANTI-NOWWHERE LEAGUE set out on the road in 1980 to prove they could be the worst band on Gods earth loud,violent,obnoxious yobbos with one mission... to get banned from every TV show, radio station and newspapers as possible just for a laugh......they were hated by the general public as well as 'real' musicians who thought they were a disgrace to the music business(and of course the fact they were pulling more people in their live shows than they were).....with numerous encounters with the authorities they have continued to play and release new material away from the public eye....In this day and age it does not seem quite as big a deal as it was back then when they stood alone now a few of the 'real' bands have taken up the 'flag' to be original with attitude...long may independent bands continue keeping the music live and real.....long live the League

You always know what you get when The LEAGUE hit the stage... raw, beerfueled, hard driven Punk'n'Roll with sing-a-long favourites like For You, Woman and So F**king What! Enjoy! 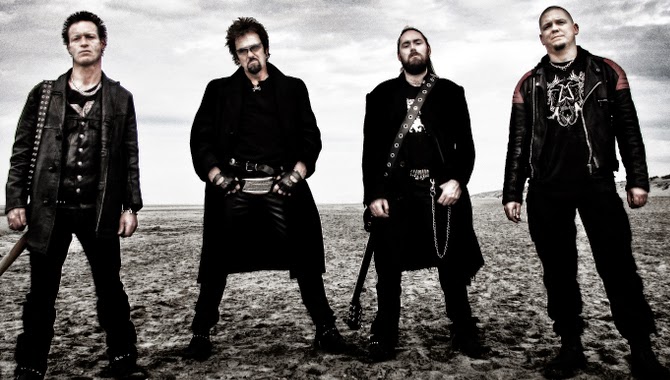 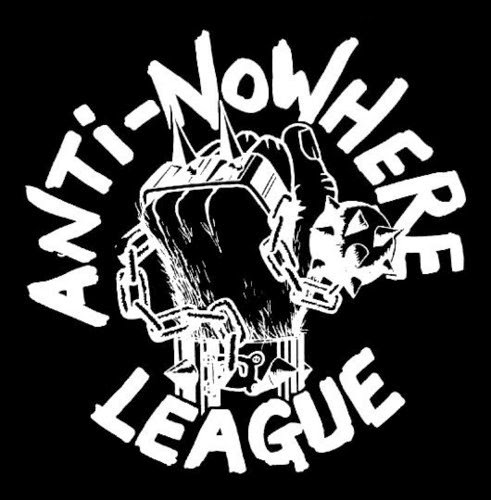 Todays tune "So What?" is a song written by the British punk band the ANTI-NOWWHERE LEAGUE. The song first appeared as the B-side of the band's debut 7" single "Streets of London", in 1981. The song was written, according to the band, after sitting in a pub one night and hearing two men try to out do each other with stories of past experiences. The song is therefore a retort to people who tell embellished stories to make themselves appear better than the other person they are in conversation with.

The song was famously covered by METALLICA and released as a B-side to the "Sad But True" single and later included on the Garage Inc. album; it is also a bonus track on the Asian version of METALLICA. "So What?" would go on to become an in-concert standard for the band. SUM 41 often use the METALLICA version as outro music played over the sound system at their concerts.

"So What" became the group's anthem.

Metallica w/ "Animal" Nick Culmer - So What? (Live in San Francisco, December 9th, 2011) - Metallica perform "So What?" with Anti-Nowhere League singer "Animal" Nick Culmer. Anti-Nowhere League originally recorded the song as a b-side for their 1981 debut single "Streets of London". This version was recorded live @ The Fillmore in San Francisco, California on December 7th, 2011 (the third of four Metallica 30th birthday concerts).

Listen to "Anti Nowhere League - So What" on Spotify here!