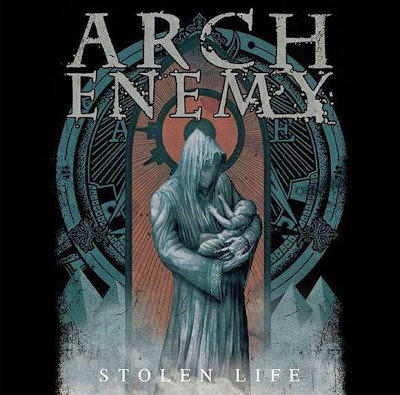 ARCH ENEMY the Swedish melodic death metal band, originally a supergroup, from Halmstad, formed in 1996. Its members were in bands such as CARCASS, ARMAGEDDON, CARNAGE, MERCYFUL FATE, SPIRITUAL BEGGARS and EUCHARIST. It was founded by CARCASS guitarist Michael Amott along with Johan Liiva, who were both originally from the influential death metal band CARNAGE. The band has released nine studio albums, two live albums, three video albums and three EPs. The band was originally fronted by Johan Liiva, who was replaced by German Angela Gossow as lead vocalist in 2000. Gossow left the band in March 2014 and was replaced by Canadian Alissa White-Gluz, while remaining as the group's manager.

On March 17, 2014, Gossow released a statement announcing her departure from the group and welcoming her replacement, former vocalist of Canadian extreme metal band THE AGONIST, Alissa White-Gluz. In the statement, she wrote that while she had enjoyed her time with the group, it was time for her to move on, be with her family and pursue other interests. Gossow did confirm that she would remain ARCH ENEMYs business manager, and would be "passing the torch to the super talented Alissa White-Gluz, whom I’ve known as a dear friend and a superb vocalist for many years. I always thought she deserved a chance to shine – and now she’s getting it. Just like I got that chance back in 2001."

White-Gluz also released a statement saying: "I am very honoured and happy to announce a new chapter in my life and musical career. Wages of Sin was the first metal album I ever bought, and it was love at first listen. It is not often that you get a phone call from your favourite band asking you to join! I am thrilled to have the opportunity to work with such amazingly talented musicians whom I also consider great friends. I look forward to being able to write and perform at a whole new level now with ARCH ENEMY! Music is forever, metal is limitless and this is only the beginning!" 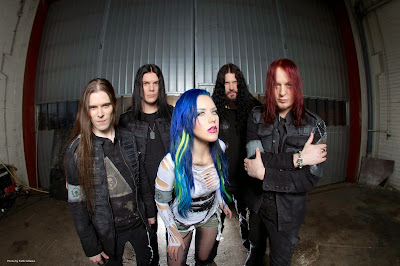 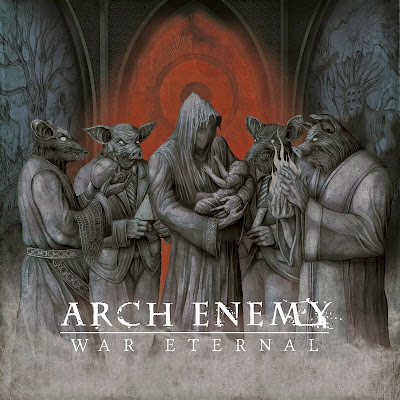 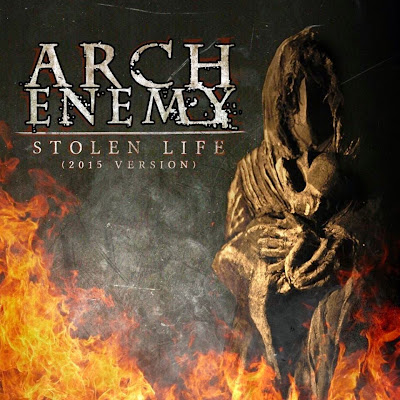 Todays tune "Stolen Life" is taken from the ninth studio album "War Eternal", which was released on June 9, 2014 by Century Media. It is the first ARCH ENEMY album in 13 years to feature a new line-up, with Alissa White-Gluz on vocals after former long-time vocalist Angela Gossow stepped down from vocal duties to be the band's business manager, along with ex-ARSIS guitarist Nick Cordle replacing Christopher Amott in 2012. Cordle left the band just before their European tour and was replaced by former NEVERMORE Guitarist Jeff Loomis.

A fourth music video for the track "Stolen Life" was released on 5th May 2015 which was the first to include Jeff Loomis on guitar. The track was different to the studio version, as it includes 2 extra solos recorded by Loomis.