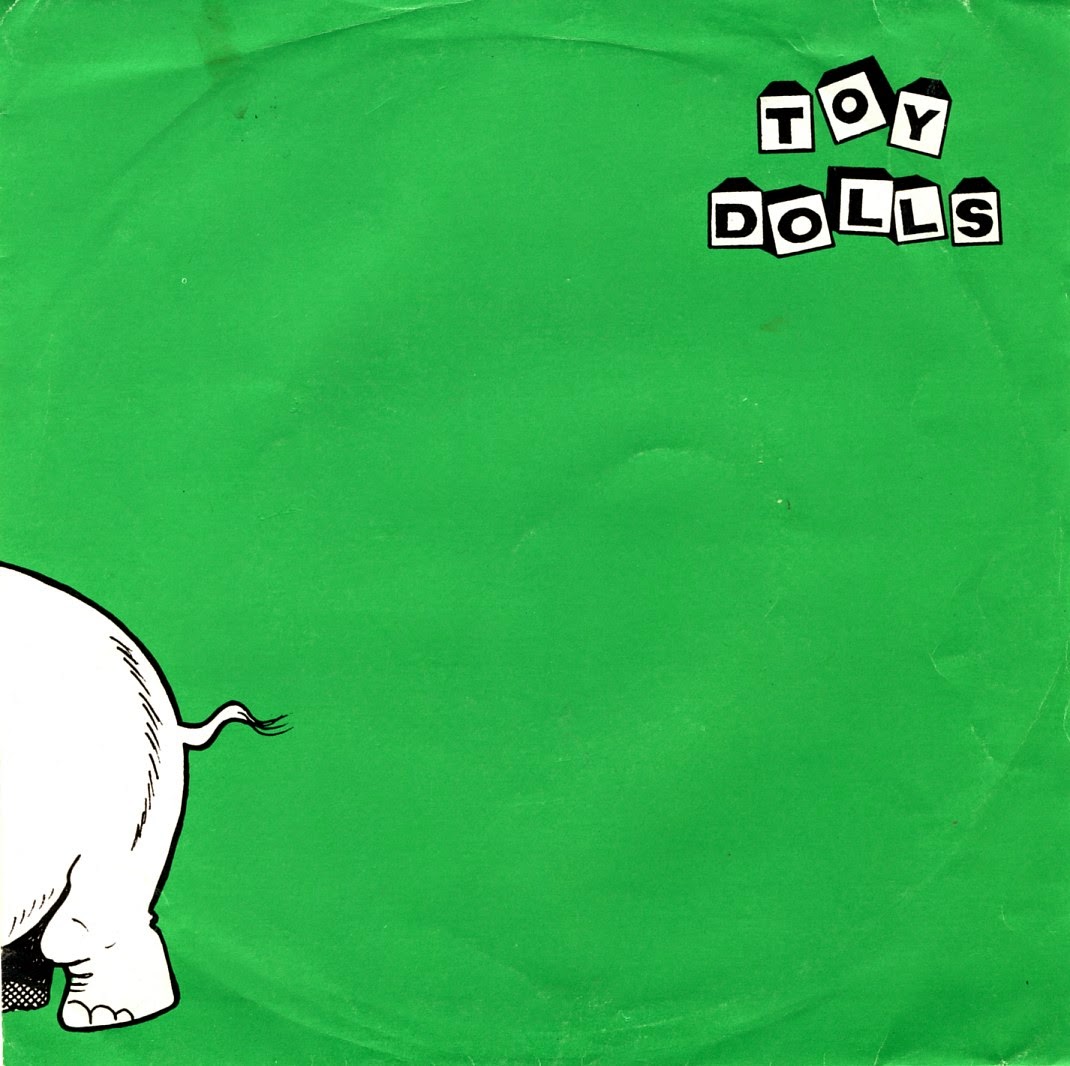 What can be said about TOY DOLLS that haven’t already been said? Began 1979 in Sunderland, toured the world numerous times and released numerous albums & singles. Their 12th studio album “The Album After The Last One” came 2012….and they still touring!

Departing from the angry lyrics and music often associated with punk rock, THE TOY DOLLS  worked within the aesthetics of punk to express a sense of fun, with songs such as "Yul Brynner Was a Skinhead", "My Girlfriend's Dad's a Vicar" and "James Bond Lives Down Our Street". There is often alliteration in their song titles (e.g. "Peter Practice's Practice Place", "Fisticuffs in Frederick Street", "Neville Is a Nerd"). They are probably best known however for their sole UK hit, a punk-rock cover of "Nellie the Elephant".

Their albums usually include a cover version of a well-known hit song, usually sped up to the usual punk rock tempo. Covers have included: "Blue Suede Shoes", "Toccata in Dm", "No Particular Place to Go", "Sabre Dance", "Livin' La Vida Loca", "Lazy Sunday Afternoon", "I'm Gonna Be (500 Miles), She's So Modern and "The Final Countdown". They have also recorded parodies of popular songs, such as "The Kids in Tyne and Wear (Kids in America)" and "The Devil Went Down to Scunthorpe (The Devil Went Down to Georgia)". Their albums often start with a short intro with a catchy guitar riff, and end with an outro, which is usually a slightly longer variation of the intro riff. Kazoos are also prominent in many of their songs.

Most of the band members have nicknames, and are rarely seen without their cartoonish rectangular sunglasses (although they appeared bare-eyed on the One More Megabyte album cover).

Anyway, they did perform yesterday at PSK, here in Stockholm and did as they usually do, a brilliant performance that will not easily be forgotten. So today we play a classic with them and of course some pictures from the show, enjoy! 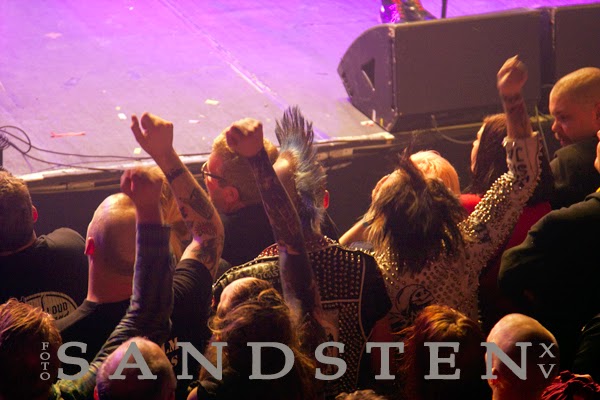 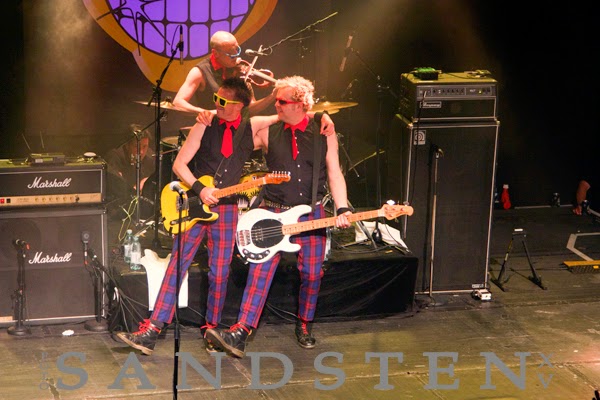 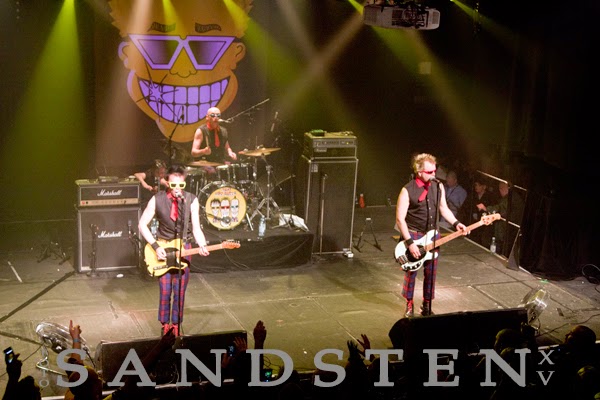 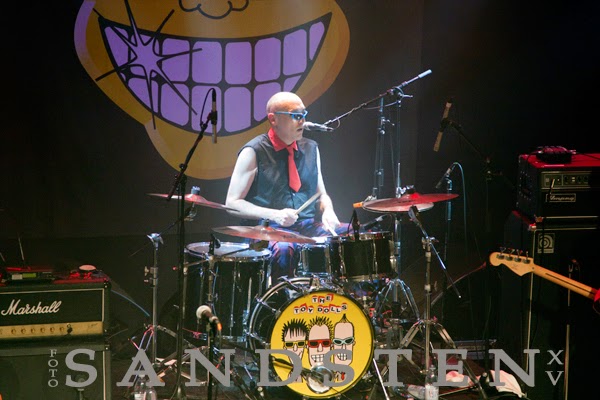 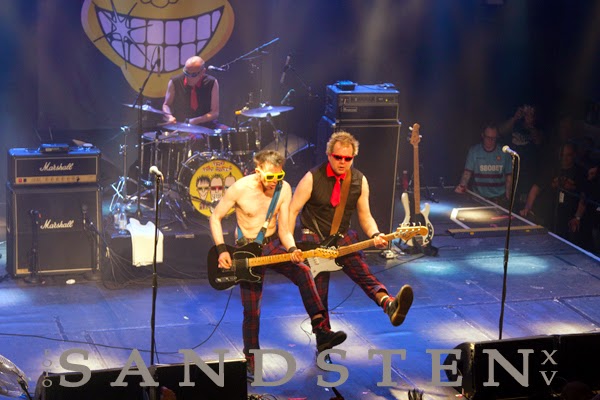 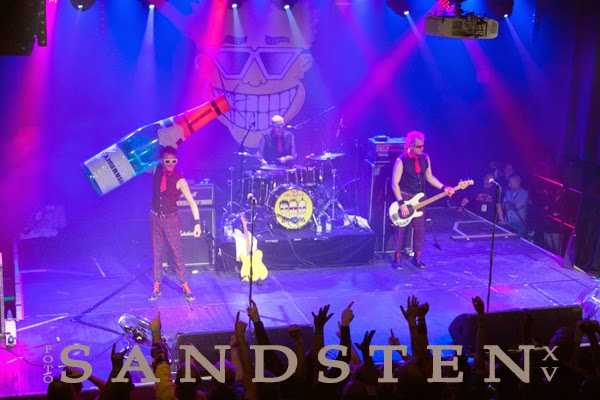 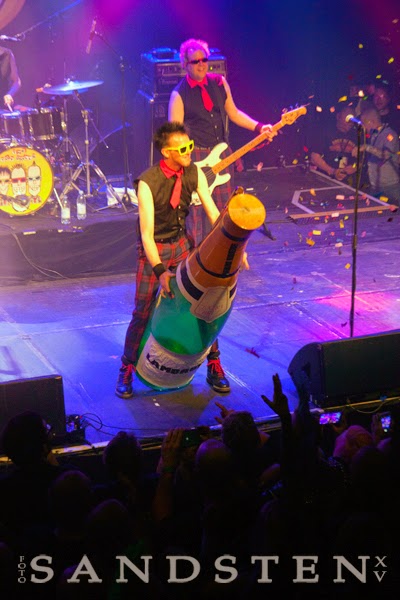 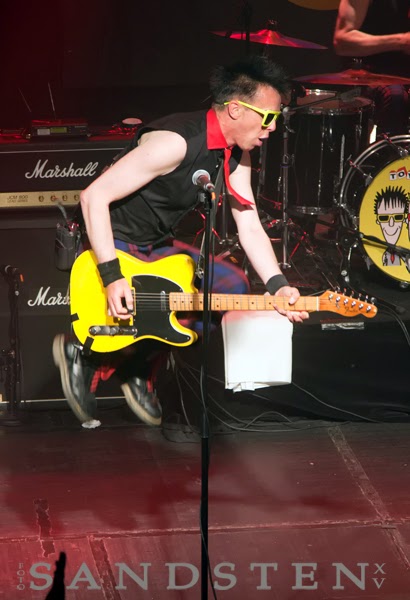 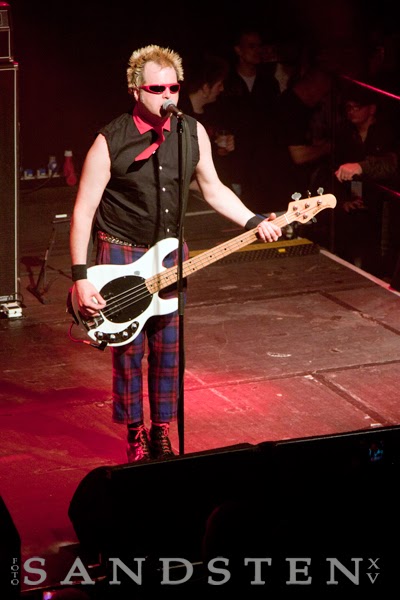 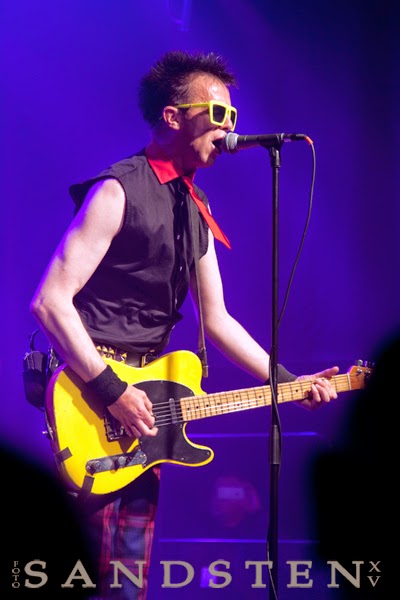 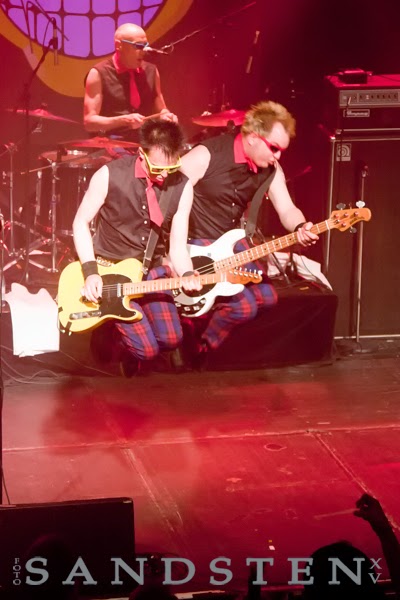 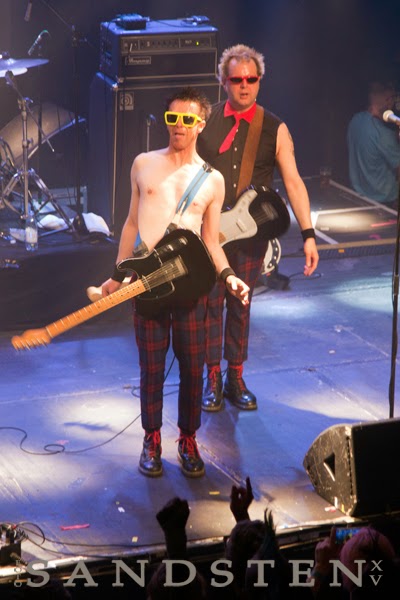 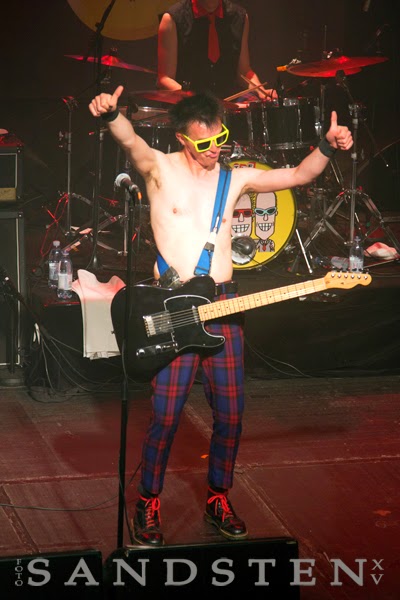 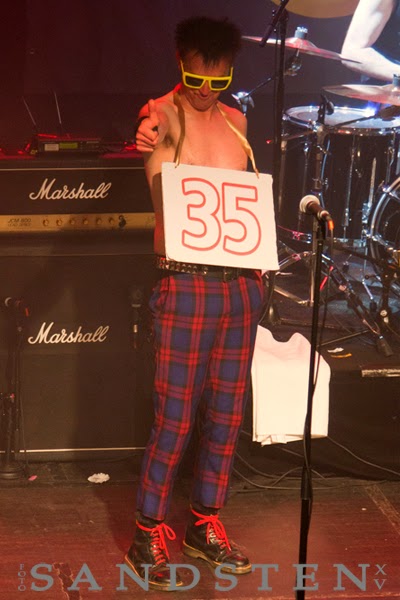 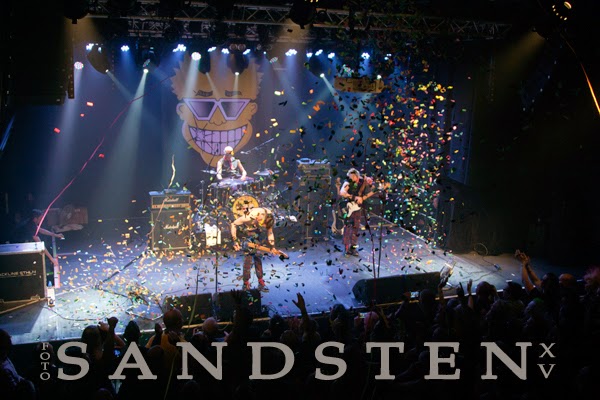 Nellie the Elephant packed her trunk
And said goodbye to the circus
Off she went with a trumpety-trump
Trump, trump, trump 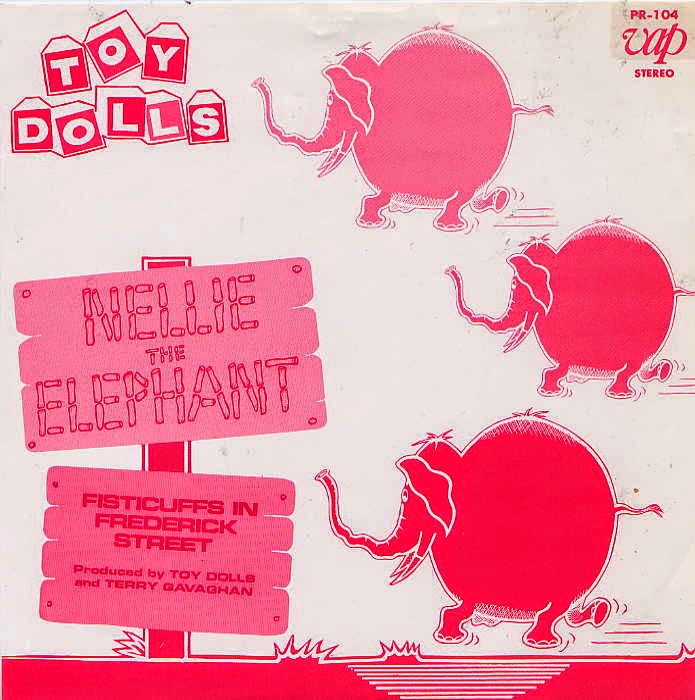 Todays tune "Nellie The Elephant" is taken from the TOY DOLLS DVD "Our Last DVD?". Filmed at the Utrecht Tivoli, Holland on the 20th November 2004 this awesome performance features many of the Dolls most memorable songs including "Nellie The Elephant", "Dig That Groove Baby", "Idle Gossip", "Glenda And The Test Tube Baby" and many more. Featuring Michael "Olga" Algar on vocals/guitar, Tommy Goober on bass/vocals and Dave The Nut on drums/a bit of vocals. Other features on the DVD include an interview with Michael 'Olga' Algar and footage from behind the scenes, rehearsals and on tour from throughout 2004! The tune "Nellie the Elephant" is written in 1956 by Ralph Butler and Peter Hart about a fictional intelligent elephant of the same name

Listen to "Toy Dolls - Nellie The Elephant" on Spotify here!