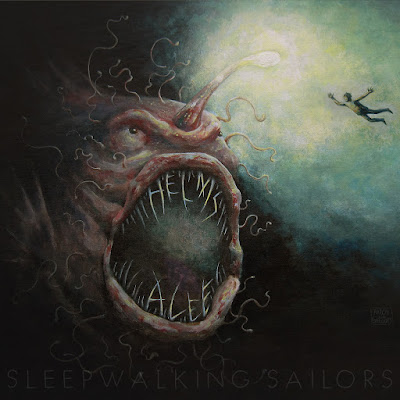 HELMS ALEE is an American rock band that formed in 2007 in Seattle. The band features Guitarist/Vocalist Ben Verellen, former member of HARKONEN and ROY, Bassist/Vocalist Dana James and Drummer/vocalist Hozoji Matheson-Margullis. The band have released three albums and one EP, Night Terror (2008) and Weatherhead (2011), through Hydra Head Records, and Sleepwalking Sailors (2014) through Sargent House (to which the band signed in 2013). The HELMS ALEE // YOUNG WIDOWS Split LP 12 was released (2014) 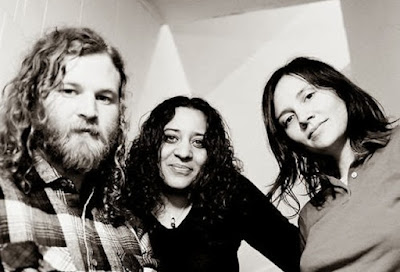 HELMS ALEEs music is an amazing hybrid of the inspirations of the band's own collective effort. A unique blend of metal, art rock, pop and punk that are welded together in a charming way.

"The weird thing about it", Ben Verellen muses, "is that we've got three different people contributing lyrics, parts and melodies to each song. So, they end up being disjointed by our individual input. We spent 3-1/2 years writing the songs for this album, so it's thematically all over the place."

Sleepwalking Sailors was recorded with engineer Chris Common (THESE ARMS ARE SNAKES, PELICAN, CHELSEA WOLFE) in Seattle, with intentionally built-in limitations. "We recorded the album to tape in order to confine ourselves from ProTools refining every detail. We ended up with something that sounds really big, but also a bit more aggressive."

Todays tune "Pleasure Center" is taken from the 3:rd album "Sleepwalking Sailors". The album was released worldwide on LP, CD and download on February 11th, 2014 via Sargent House. This clip is recorded live in the KEXP studio. January 18, 2014.