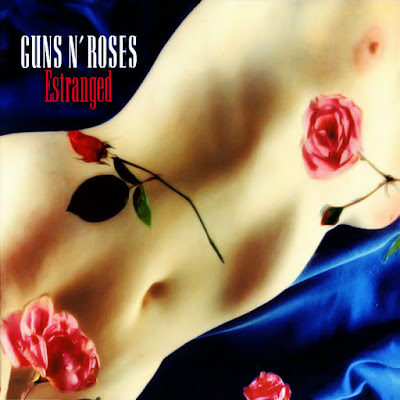 Sunday and Mothers day! Today it's time for a classic for all Mothers around this globe.

So lets "kill two birds with one stone" and play a classic from GUNS N' ROSES as SLASH is in town, he will play at the amusement park Gröna Lund this evening, yes the plan is that I will go there.

At over nine minutes long, "Estranged", also known for its music video, is the longest song on Use Your Illusion II and GUNS N' ROSES second longest song overall (after "Coma" from Use Your Illusion I). It has many verses, no set chorus, and several distinguished guitar and piano solos. Use Your Illusion II's liner notes thank lead guitarist SLASH for "the killer guitar melodies", which captured Axl Rose's vision. SLASH has specifically stated that recording the guitar parts for this song was very intensive for him; he recorded it using a Les Paul Gold Top, using the rhythm pickup with the tone turned all the way down.

According to SLASH, the song was written while the band was rehearsing for an extended period of time in Chicago. Axl revealed that he wrote the song during a more "bummed out" time in his life when his marriage with Erin Everly was annulled. 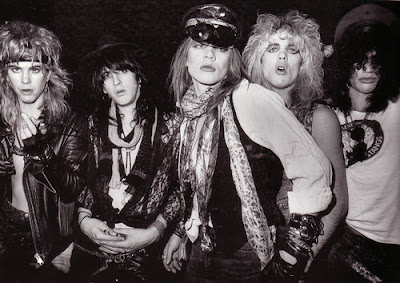 The tune was released in December 1993, the music video is the third part of an unofficial Del James series of videos (preceded by "Don't Cry" and "November Rain") from the Use Your Illusion I and Use Your Illusion II albums. The estimated budget was US$4 million. In a 2008 interview, singer Axl Rose stated that there is a fourth video in the series for the unreleased song "The General," recorded during the Chinese Democracy sessions.

The almost ten-minute-long video for "Estranged" is similar in style to the previous two in the trilogy; however, it appears only loosely to pick up the theme. This is mainly because Axl Rose and then-girlfriend Stephanie Seymour (who played Axl's love interest in "Don't Cry" and "November Rain") had broken up prior to filming, making the theme of separation/divorce highly relevant.

The video begins by showing Axl where been a manhunt by a group of SWAT team while hidden lying on atop of cabinet with his melancholic mood in what appeared to be an abandoned mansion (his actual house).

Later, in a flashback, Axl is shown being escorted off that same (presumably marital) property. During this sequence, dictionary definitions for "Estranged" are flashed across the screen suggesting that Axl is going through a separation.

The next segment features the entire band boarding an Antonov An-124 transport aircraft with their equipment.

The video contains multiple shots of the Rainbow Bar, which is also featured in the "November Rain" video.

In a catastrophic sequence, Axl is seen walking on the deck of the Judith Prosperity, an oil tanker. In the video's climax, Axl leaps into the water in an apparent suicide attempt, but ends up being rescued by a group of bottlenose dolphins. At the height of the climax, Slash, raising from the bottom of seafloor while standing upright, plays a guitar solo on his Les Paul Guitar.

Parts of this video were filmed during a concert at the Olympic Stadium in Munich, Germany, and show stage shots as well as views of the Olympic Park where the Summer Games of 1972 took place.

In the final scene, a rescue squad (courtesy of U.S. Coast Guard chopper and crew) arrives to rescue Axl from drowning in the sea. The video concludes with a shot of Axl's limited edition Converse sneakers sinking towards the seabed, with on-screen definitions of illusion and disillusion appearing. Afterwards, the video ends with a shot of Axl and a dolphin sitting together, with a note from Axl which says, "Lose your Illusions, Love Axl GNR '93"

"Estranged" was played live very frequently during the Use Your Illusion Tour from 1991 to 1993. During performances of this song, Dizzy Reed would play piano instead of Axl Rose. A live version of this song can be heard on Live Era: '87-'93. During the Chinese Democracy Tour, a riff from the song was sometimes included in Ron Thal's solo interpretation of the Pink Panther Theme. In December 2008, Axl spoke of his desire to bring Estranged back into the live set. The song appeared in GUNS N' ROSES live set list at Rock In Rio on October 3rd, 2011, with Axl Rose stating after playing the song, "I don't think I've sung that song in 18 years". 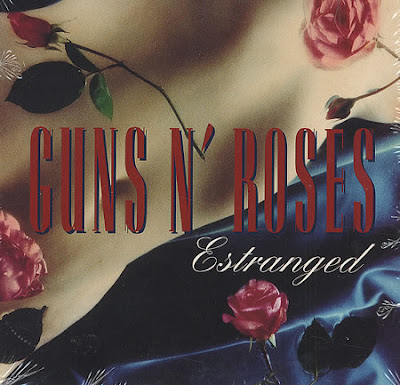 So the plan is that today I will invite my kids mum for a nice dinner and a show with SLASH at Gröna Lund, I hope she will enjoy it (: