House of Lords - Go To Hell 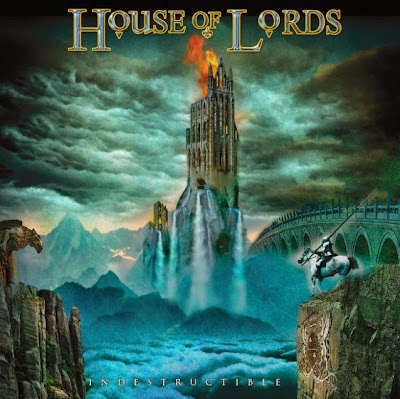 The melodic hard rock band HOUSE OF LORDS is back with a first taste from the upcoming album “Indestructible”.

“Indestructible” shows once again what HOUSE OF LORDS stands for: powerful and heavy songs, with major hooks and melodies and grandiose arrangements. “The name Indestructible was chosen because we all felt that we have been through a lot in our long careers and what better way to say "Hey, I'm still Here" than by giving the cd a BOLD title,” says singer James Christian.

Besides being HOUSE OF LORDS tenth studio album, the new record sees the new line-up celebrating their first ten years together.

“It is amazing to work with BJ, Chris and Jimi” tells James Christian, “they are all very aware of what HOUSE OF LORDS represents and they are committed to making records that complement the history of the band. No matter which HOUSE OF LORDS album you listen to, there is a common thread, which comes from the fact that the four of us are musically in sync. This is the real reason why we have been able to produce records of this calibre”.

“The album is heavier in the beginning, but we love songs that are both Melodic and Heavy” continues Christian, “and the idea was to fill the best of both on one cd without sounding like two different bands. I think we have accomplished that. A good example would be the song “Pillar of Salt" especially gives a good representation of how the new album sounds: a combination of heavy, melodic, and thoughtful lyrics. This song is one of my favorites!”

HOUSE OF LORDS debuted in 1989 with the release of the self-titled album, a monumental Arena Hard Rock release which showcased the soaring vocals of James Christian and instrumental capabilities of the band (which featured ex ANGEL and GIUFFRIA, Gregg Giuffria, along with such luminaries as Lanny Cordola, Chuck Wright and Ken Mary), reminiscent of such frontrunners as WHITESNAKE, DEEP PURPLE and VAN HALEN, immediately brought the band to the attention of the media and fans. After another 2 albums released until 2002, House of Lords went into hibernation until the original line-up came back together in 2000, releasing of the controversial "Power and the Myth" an album which featured a sound leaning more towards Progressive Hard Rock with 70's rock influences. 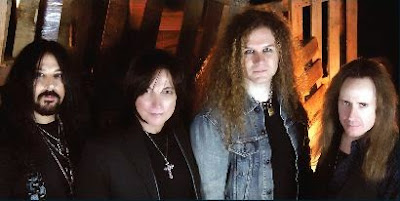 After a short European tour, singer James Christian decided to go back to the trademark Arena Rock sound of GIUFFRIAs, putting together a new line-up. Since 2006 the band has a stable line-up featuring Jimi Bell on guitars, B.J. Zampa on drums and Chris McCarvill on bass which has been delivering impressive shows and fine releases such as "World Upside Down, "Come to My Kingdom", “Cartesian Dreams”, “Big Money” and 2014’s very recent “

Todays tune "Go To Hell" is the first single/video out from the upcoming 10th album "Indestructible".

No Spotify Yet, will update upon release!