Obscure Infinity - Beyond Spheres And Time 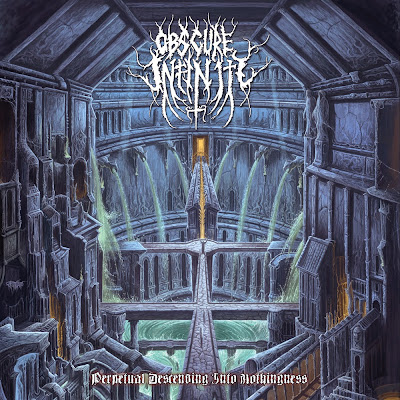 Death Metal from Germany is not so common in the Power Metal country as Germany are, DEBAUCHERY and SODOM are a few well know acts. OBSCURE INFINITY are pretty new to me even if they have existed since 2007. OBSCURE INFINITY are playing a very fast and melodic form of Death Metal. The main influences is from more traditional Death Metal scene where Swedish bands like GRAVE and DISMEMBER are the mains but following their very own path and add some slight Thrash and Black Metal influences to their compositions.

OBSCURE INFINITY was founded in the beginning of the year 2007 by Jules (vocals) and Stefan (guitar). After a short while Kalle (bass) and Oli (drums) joined forces. The course was clear from the beginning, following the vision to create authentic music without any modern-day influences and absolutely trend free. All band members are enthusiastic metal maniacs and their devotion and passion for metal is easily recognizable in their music.

Since the release of the demo OBSCURE INFINITY did several live shows and was working on new material for its debut full-length “Dawn Of Winter”. Early 2009 OBSCURE INFINITY joined forces with Obscure Domain Productions. In August 2010 „Dawn Of Winter“ was finally released. The Split Single „United In Death“ with Profanal from Italy came out on July 2011. After this the band was working for their second full length and did several live shows (for example the NRW Deathfest together with ASPHYX, ENTRAILS, KRYPTS and many more). In december 2011 OBSCURE INFINITY recorded the songs for the second album "Putrefying Illusions". The album was released mid 2012 by Obscure Domain Productions. OBSCURE INFINITY went through some line-up changes. Sascha substituted Flo on the guitar and O. (MEMBARIS, CHAOS INVOCATION) replaced Oli on drums. The band played more cool live shows, for example at Party San Open Air or at Kill-Town Death Fest and found in F.D.A. Rekotz a new label home. After a split 7” with DEATHRONATION the band recorded three new songs that should be released on three different splits. The first one will be with HUMILIATION from Malaysia via Brutal Art Records. The next one will be with FUNERAL WHORE and the last one with WOUND. The 3rd. full lenght album named "Perpetual Descending Into Nothingness" released January 16th 2015.

The band is more than proud of the result says Guitarist Stefan:

"Yet the journey isn´t over but found its interstation in "Perpetual Descending Into Nothingness“, an album that required our total devotion and dedication. Liberated from stereotyped thinking we took one step further into the dark corners of ourselves and created a more somber, atmospheric, brutal and musically ambitious piece of art. It may sound overblown but we are totally satisfied with the result in all issues considering songs, sound and artwork. Without a doubt our by far best work up to date.“ 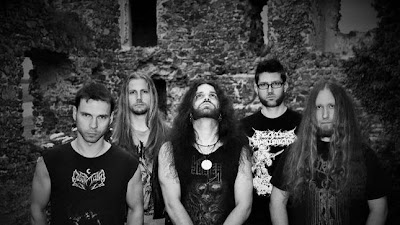 Todays tune "Beyond Spheres And Time" is taken from the 3:rd album "Perpetual Descending Into Nothingness“, enjoy!

Listen to ”Obscure Infinity - Beyond Spheres And Time" on Spotify here!